What is natural gas and how is it used to create energy in Australia? 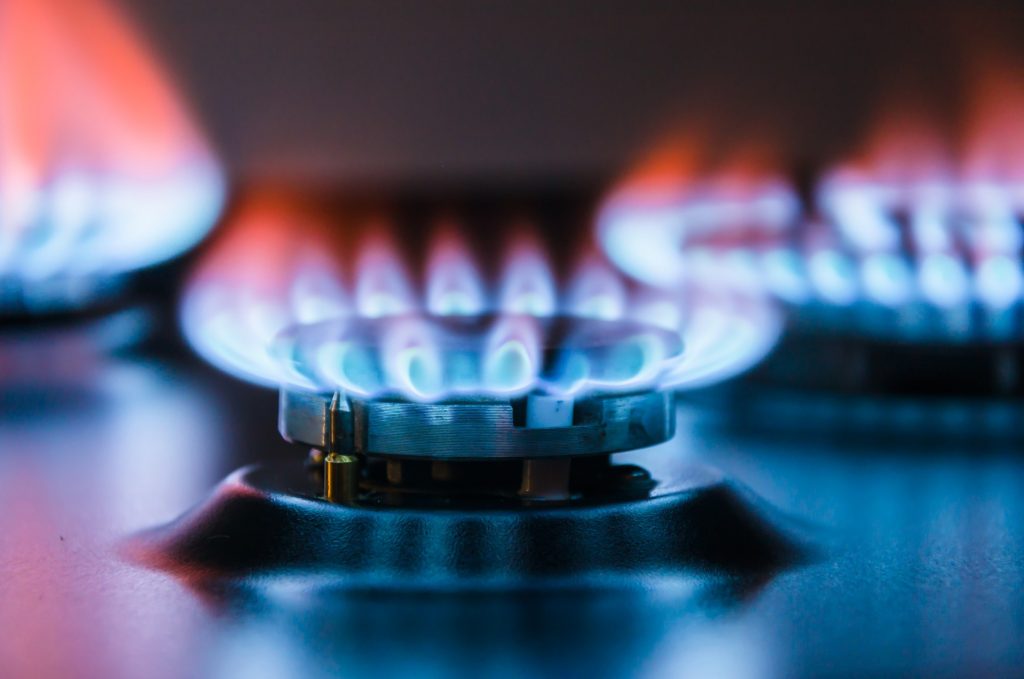 If you enjoyed a hot shower this morning, odds are you probably have a decomposing organism from millions of years ago to thank for it.

Natural gas is a fossil fuel formed from the layered remains of plants and animals that were gradually buried by sand, sediment and rocks. Contrary to popular myth, ‘fossil fuels’ don’t actually come from dinosaur fossils, but from dead plants – coal from trees, and natural gas and oil from algae in ancient seas.

As these plants and the animals that fed on them decomposed and were exposed to immense heat and pressure under the surface of the Earth over a period spanning millions of years, their molecules broke down, and the energy stored in their cells – originally obtained by the plants from the sun via photosynthesis – produced a naturally occurring hydrocarbon gas mixture. This mixture is mostly made up of methane, but can also include carbon dioxide, nitrogen, hydrogen sulphide and helium.

Cut to today, and these natural gases, trapped in reservoirs and water surrounding rock formations, are now used as a source of energy for things like heating, cooking and electricity generation.

How is natural gas used to create energy in Australia?

Natural gas is extracted from natural underground reservoirs and seams, which are relatively plentiful in Australia. Once the presence of gas has been detected, a well is drilled through the earth and rock to reach it, and the well is cased with steel pipes to create a single pathway for the gas to find its way to the surface.

A tube inserted into the casing connects the gas to separators, with the flow to the separators regulated by valves and fittings. In the separators, the water and gas are separated and sent via gathering pipelines to nearby facilities for further processing and purifying.

At the gas processing facility, the methane used in Australian homes is separated out from other compounds in the gas and cleaned. Once this has been done, the gas is stored in tanks ready for transmission and distribution. It’s both colourless and odourless – the unmistakable smell of ‘gas’ is actually added artificially so you don’t forget to turn it off.

Australia has more than 38,000 kilometres of natural gas transmission pipelines, buried underground for safety. The gas is pressurised for transport through the pipelines, and this pressure is maintained by compressor stations located throughout the network. Gas transmission pipelines deliver gas to distribution hubs which feed it into smaller pipelines to transport it to major transport centres, offtake facilities, and interstate. It’s then transported via trucks or ships to large customers who then supply the gas to households and businesses.

The gas from transmission pipelines is depressurised before it enters the distribution system. In a large city, this distribution system is also made up of thousands of kilometres of underground pipelines. Once the gas reaches your home or business, it’s ready for use – most commonly for cooking, whether in the kitchen or on the BBQ; water heating; and to run appliances such as fireplaces and outdoor heaters.

Transmission pipelines also deliver gas directly to large industrial users and electricity generators who can use the gas to power large turbines to help produce electricity.

There are two main types of gas turbine power stations – ‘open cycle’ and ‘combined cycle’ – that use natural gas to generate electricity.

In an open cycle gas-fired power plant, gas combusts and expands through a gas turbine. Essentially, the hot pressurised gas spins the blades of the turbine, which is connected to a generator – when the turbine blades rotate, it causes magnets to spin inside the generator, forcing electrons to move through wires, creating an electrical current.

A combined cycle gas-fired power plant does the same thing, but also uses the ‘waste heat’ generated by this process to boil water and produce steam that drives a second turbine. This makes them more efficient than open cycle plants, generating about 50 per cent more electricity.

You might have heard of ‘conventional’ and ‘unconventional’ gas, but in reality, it’s all the same gas – it’s only the extraction methods that are different.

In Australia, natural gas has usually been extracted from permeable sandstone. As described above, it’s relatively easy to extract this gas with traditional drilling methods, which is why it’s referred to as conventional gas.

Over the past 20 years, however, two types of unconventional gas have become more common in Australia.

Coal seam gas is gas that collects in underground coal seams, hundreds of metres below the Earth’s surface. In Australia, coal seam gas is most commonly found in coal basins in Queensland and New South Wales and is part of the natural gas supply for homes and businesses on the east coast and for large customers overseas

Shale gas is trapped in fine-grained sedimentary rocks, usually between 1000 and 2000 metres underground. These rocks are of low permeability, but advances in drilling technology have made it somewhat more practical and economical to extract gas from them. Some shale gas is extracted from South Australia’s Cooper Basin, and there are believed to be more shale gas resources in basins throughout Queensland, Western Australia and the Northern Territory, but these are yet to be fully assessed.

A third type of unconventional gas has been found in Australia – tight gas, trapped in sandstone rocks of low permeability more than 1000 metres below the ground – but there are currently no commercial operations to extract this gas here.

Gas is a steady and reliable source of energy. Like coal, it’s easy to store and available in abundance, making it suitable for generating dispatchable electricity for the grid.

Gas-fired power generators can also be ramped up and down faster than coal-fired generators, which makes them ideal for meeting peak demand. This is why ‘peaking’ plants that run only when there is high demand are usually gas-fired.

Gas burns the cleanest of all fossil fuels, with gas-fired power generation producing about 50 to 60 per cent fewer carbon emissions than coal-fired power.

But don’t let the word ‘natural’ fool you. Though it occurs naturally, gas is still a non-renewable energy source, and though it can be efficiently burned, its mining and consumption does contribute to climate change.

Ultimately, natural gas – like coal – is best viewed as a transitionary resource, capable of supporting and complementing weather-dependent renewable energy sources. The AEMO’s 2020 Integrated System Plan recently identified up to $14 billion of improvements needed across the National Electricity Market to facilitate the transition to renewables, including upgrades to rural transmission lines, and investments in large-scale pumped hydro and battery storage systems to firm up the grid when the sun isn’t shining and winds aren’t blowing.

Until that transition is complete, gas will continue to play an important role in guaranteeing that Australia’s energy supply remains affordable and reliable – and ensuring you can start your day with a hot shower.