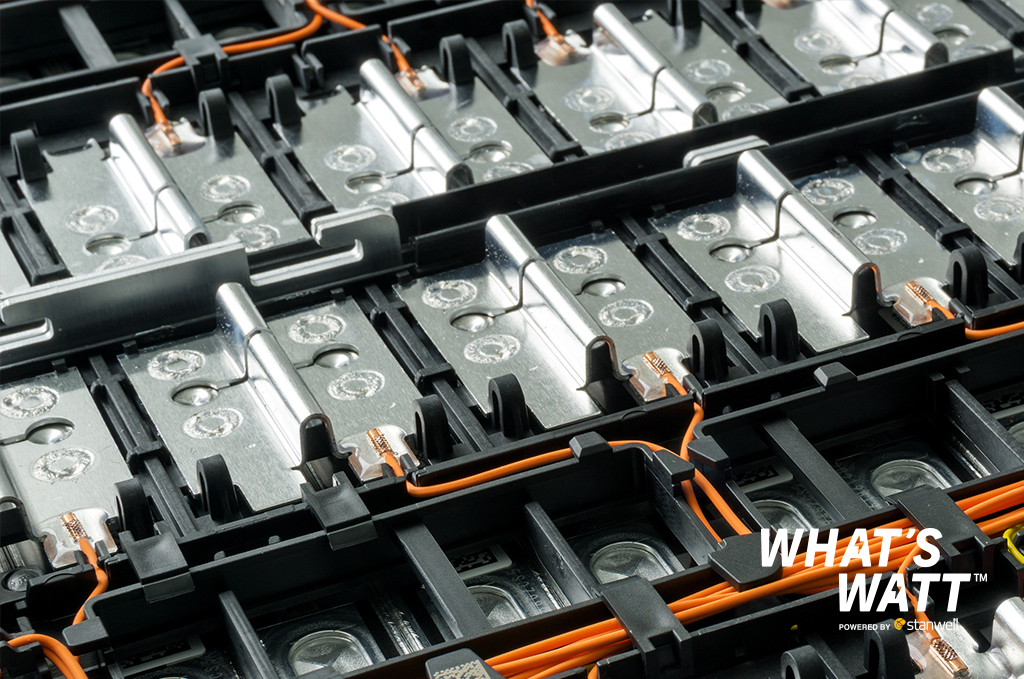 All things must pass – and lithium-ion batteries are no exception. But as global demand for these batteries grows, so does battery waste, posing a challenge for our renewable future.

Lithium-ion batteries are a relatively new technology, but they’ve quickly become indispensable. While the lead acid batteries found in most internal combustion engine vehicles have been around since 1859, lithium-ion batteries were only commercialised in the 1990s, and soon became commonplace through their use in smart phones, tablets, laptops and household appliances.

In 2008, they found their way into electric cars with the production of the first Tesla Roadster, and have become the battery of choice for electric vehicles because of their superior energy-to-weight performance.

The International Energy Agency estimates there’ll be between 148 million and 230 million battery-powered vehicles on the world’s roads by the end of the decade, a rise paralleled by the increasing use of lithium-ion batteries in the energy sector.

Because renewable energy sources like solar and wind power can’t be stockpiled like coal, stationary lithium-ion batteries – both for grid storage and household use – will be essential for storing energy at times of low demand and dispatching it at times of peak demand.

This is good news for Australia, the world’s largest producer of lithium – but it also means the lithium-ion battery waste stream is set to soar.

What happens to lithium-ion batteries at the end of their life?

Every time you recharge a battery, the electrodes that give it life degrade a little further, until eventually, it stops working. Lithium-ion batteries generally have a life span of five to 10 years. But despite the large volume of end-of-life batteries that are set to pile up over the next decade, there’s currently no overarching plan in place for how this waste should be handled.

CSIRO research has shown that lithium-ion battery waste in Australia is growing by 20 per cent a year, and could exceed 100,000 tonnes by 2036.

Extracting raw materials from lithium-ion batteries is, at least for now, an energy-intensive process that’s generally more costly than digging up new materials. With no established scheme in place, only two per cent of Australia’s lithium-ion battery waste is currently recycled – by comparison, 98 per cent of Australia’s lead-acid battery waste is recycled.

The majority of Australia’s lithium-ion battery waste is shipped overseas, and the rest is left in landfill. That’s problematic, because lithium-ion batteries can leach toxic materials such as hexafluorophosphate salt into the environment, and can cause fires and even explosions if they’re disassembled incorrectly or disposed of improperly – especially when hundreds of individual cells are stored together, as is the case with EV and stationary battery packs.

When lithium-ion batteries are recycled, the process usually involves pyrometallurgy – an energy-intensive method that shreds and burns cells – or hydrometallurgy, in which a battery is dunked into a pool of acid and turned into a chemical soup. This is primarily done to extract nickel, manganese, cobalt and lithium. Cobalt is the material that can be recycled most profitably – but because of its cost, battery makers are shifting away from using it.

A second life for lithium-ion batteries

Rather than ending up in landfill – and before being shredded, burnt or melted down for their raw materials – many lithium-ion batteries can be repurposed. An EV battery will retain 70 to 80 per cent of its capacity, even after years on the road – not enough to keep powering a vehicle, but more than enough for a less demanding application like renewable energy storage.

EV manufacturers around the world are exploring second-life applications for retired EV batteries. Nissan has been particularly active, using ex-EV batteries to provide back-up power to Amsterdam Arena; to supply emergency power for the East Japan Railway Company’s level crossings; to power an electric ferry in England; and in portable battery packs for camping trailers.

In Australia, Melbourne startup Relectrify is using battery packs from Nissan Leafs to create storage systems for commercial, industrial and network-scale use, while Brisbane startup Vaulta has developed a no-weld battery case that’s designed to be disassembled, making it easier for batteries to be reused, recycled and reconfigured as needed.

Eventually, though, even batteries that are repurposed for second-life applications will outlive their usefulness, leaving behind raw materials that could be recycled.

Ideally, the materials in lithium-ion batteries could be recycled ad infinitum to create the batteries of the future, as part of a circular economy.

In 2020, CSIRO and the Future Battery Industries CRC published the Australian Landscape for Lithium-Ion Battery Recycling and Reuse in 2020 report, which found that 95 per cent of a lithium-ion battery is recyclable, and can be turned into new batteries or used in other industries.

The report found that if Australia can develop a better system for recycling battery waste, it could add anywhere from $603 million to $3.1 billion to the nation’s economy, as well as taking used batteries out of landfill and ensuring a supply of raw materials that are not otherwise available in Australia.

To that end, the report identifies 18 opportunities for industry, government and research institutions to strengthen and grow Australia’s domestic recycling capability.

The report’s recommendations included extending the Product Stewardship Act – which requires manufacturers of certain products to take responsibility for them at the end-of-life stage – to include lithium-ion batteries, similar to the Battery Directive that regulates the disposal of batteries in the European Union.

(The Battery Stewardship Council, an industry-led initiative, is currently in the process of adding batteries from electric cars and stationary storage to its voluntary Battery Stewardship Scheme, which requires companies who sign up to it to have an end-of-life waste management plan in place for their products.)

The report also advocated for research into new, economically feasible recycling technologies for low cobalt batteries; an increase in consumer collection facilities; solutions for fire safety risks during collection, transportation and storage of lithium-ion batteries; and investment in developing end markets for the recovered battery materials.

Some of this will come with time – as with solar panels and wind turbines, economies of scale should help to drive down recycling costs as more lithium-ion batteries die, and demand for materials to make new batteries grows.

In the meantime, you can take the initiative by exercising your purchasing power. Next time you buy a product that’s powered by a lithium-ion battery, ask the manufacturer what their end-of-life plan is for it.

There’s no doubt that lithium-ion batteries have a key role to play as our energy system transforms and evolves – and with end-of-life plans in place, they can play that role sustainably.