What does ‘net zero emissions’ mean, and how do we get there? 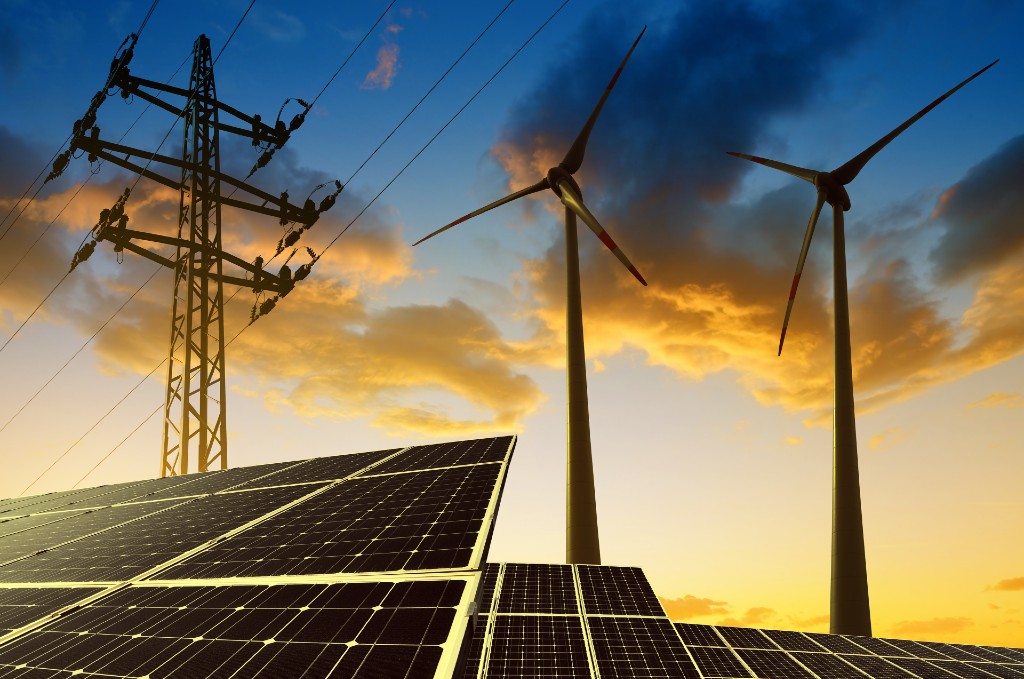 Governments around the world are aiming to reach net zero emissions by 2050, and Australia could be set to join them. Here’s what ‘net zero emissions’ actually means – and what it will take to achieve it without sending energy bills soaring.

In 2018, the Intergovernmental Panel on Climate Change published their Special Report on Global Warming of 1.5°C, which made the case for bringing global carbon dioxide emissions to net zero by the middle of the century.

The report argued that reaching this benchmark would help to limit global warming to 1.5°C above pre-industrial levels, and reduce the impact of climate change on resources, ecosystems, biodiversity, food security and tourism.

Since the publication of this influential report, governments around the world – at local, state and national levels – have begun pledging to reach net zero emissions by 2050.

It’s important to understand that when they do this, these governments are not pledging to create zero emissions. What they’re actually committing to is that any emissions they do produce will be offset by efforts to remove carbon dioxide from the atmosphere, like planting new forests, making energy efficiency improvements, and investing in renewable energy products.

Of course, the fewer gross emissions that are produced in the first place, the fewer emissions will eventually need to be removed from the atmosphere. But increasingly, setting a net zero target is seen as a more realistic and achievable goal.

For example, the Grattan Institute’s recent report, Go for Net Zero: A Practical Plan for Reliable, Affordable, Low-emissions Electricity, found that getting Australia’s electricity sector – which accounted for 34 per cent of the nation’s total emissions in 2020 – to 100 per cent renewable energy over the next two decades would be prohibitively expensive, compared to offsetting emissions. The report found that major technological advances are required to back up the supply of renewable energy at times when electricity demand is high, solar supply is low, and persistent wind droughts are possible.

For this reason, the report argued that governments should commit only to net zero emissions targets, not to absolute zero emissions or 100 per cent renewable energy targets.

Dr Alan Finkel AO, Australia’s Chief Scientist, took a similarly pragmatic approach in his recent essay, Getting to Zero: Australia’s Energy Transition. Dr Finkel, who has described his approach as “technology-agnostic” – i.e. not favouring the use of any specific technology to solve a problem – wrote that “if the right mix of existing coal and renewables gives you the trajectory to cut emissions that you want, that is the best path to follow”.

More than 70 countries have pledged to reach net zero emissions by 2050, with five putting a net zero target in place by law – Sweden, the United Kingdom, France, Denmark and New Zealand.

Australia is a signatory to 2015’s Paris Agreement, the legally binding international treaty on climate change that aims to limit global warming to below 2°C (preferably to 1.5°C), and Prime Minister Scott Morrison has said his aim is to reach net zero “as quickly as possible and preferably by 2050”. But Australia has not yet formally pledged to reach net zero emissions by 2050.

Each of Australia’s states and territories, however, have committed to achieving net zero emissions by 2050 (or 2045, in the case of the ACT). In fact, Tasmania – with its massive forests and hydroelectric dams – has already dropped below net zero emissions twice, in 2014 and 2018, although there is still work to do to make this permanent.

How will we get to net zero emissions?

Setting a target is one thing, of course, but achieving it is another. Several governments with a net zero goal are still increasing their emissions each year. But there are positive signs that meaningful action is being taken.

The Emissions Reduction Fund, established by the federal government to incentivise businesses, households and landowners to proactively reduce their emissions, registered 158 projects in 2020, a fourfold increase from 2019. Emissions reduction schemes administered by the Clean Energy Regulator reached 53 million tonnes of carbon dioxide equivalent in 2020, a figure expected to increase to 57 million tonnes in 2021.

The electricity generation sector continues to be Australia’s biggest emitter by a considerable margin, but it is the electricity sector that will need to do the heavy lifting for Australia to reach net zero emissions by 2050.

As noted by Dr Alan Finkel in Getting to Zero, the electricity sector has a relatively clear path to reducing emissions by increasing its reliance on renewable energy sources. For other high-emitting sectors – including agriculture, industry, waste and land use – the pathways are much less clear. Emissions from these sectors will take longer to reduce, and may never get all the way to zero.

In the electricity sector, at least, progress is being made. The latest projections indicate that emissions from this sector will fall to 111 million tonnes by 2030, 44 per cent below the level of 2005. And while there were more than 28 gigawatts of coal-fired generation capacity – the most energy-intensive form of generation – in the NEM in 2009, there are only 23 gigawatts today. Almost all of that generation is scheduled to be retired by 2050.

According to the Australian Energy Regulator’s State of the Energy Market 2020 report, over 93 per cent of new generation investment since 2012 has been in wind and solar energy, driven partly by government subsidies under the Renewable Energy Target scheme.

A record 7 gigawatts of new renewable capacity was installed throughout Australia in 2020, according to the Clean Energy Regulator – that’s 11 per cent higher than the previous record of 6.3 gigawatts set in 2019.

What are the obstacles that need to be overcome?

For all of their promise, there are drawbacks to the rapid deployment of renewable generation. As noted by the AER, grid congestion and transmission limitations are proving to be significant issues. Not only do solar and wind generators add more power to the system, bringing it closer to its limits more frequently, but much of the new large-scale renewable generation entering the market is located in sunny or windy areas at the edges of the electricity grid – areas with relatively weak transmission network capacity.

In its recent Renewable Integration Study, the Australian Energy Market Operator (AEMO) warns that while inertia levels in the NEM on the mainland have never gone below 68,000 megawatt seconds (MWs), they could fall all the way to 45,000 MWs by 2025. That’s a 35 per cent drop in inertia, which would place a significant strain on the system.

And then there’s the concern that you’ve surely heard before: How does a system dependent on solar and wind energy cope when the sun isn’t shining and the wind isn’t blowing? This may sound simplistic, but it’s a real problem, as storing renewable energy is still quite costly.

Because coal can be stockpiled on-site, it currently provides baseload power, but the AEMO’s Renewable Integration Study found that the magnitude of ‘peak ramps’ – sharp fluctuations in supply and demand – could increase by 50 per cent over the next five years as a result of the transition towards intermittent, weather-dependent energy generation.

These aren’t just hypothetical problems. In its State of the Energy Market 2020 report, the AER states that interventions to maintain a reliable and secure power system have already become more frequent as the market transitions towards renewable energy. In three consecutive summers, when demand for electricity peaked, the AEMO had to use its Reliability and Emergency Reserve Trader mechanism to secure back-up supply, at a cumulative cost to the market of around $126 million.

But where there are problems, there are usually solutions. In 2020, the AEMO released its Integrated System Plan (ISP), identifying up to $14 billion worth of transmission investments needed to adapt to the rise in renewables, including upgrades to transmission lines from rural renewable energy zones.

The ISP also calls for up to 19 gigawatts of flexible, utility-scale dispatchable resources – including pumped hydro, battery storage and flexible gas generators – to be added to the grid by 2040, firming it up when weather-dependent renewable energy production is low.

The ISP also identifies the need for innovative services to provide stability and security for a grid that has relied on synchronous generation. In fact, these concerns are already being addressed through the installation of high-inertia synchronous condensers to replace the inertia provided by conventional generators. The ISP suggests that inverters used to connect renewable generators to the electricity grid could also be designed to include some form of system strength support.

While the ISP advocates for ‘Step Change’, an ambitious vision of an Australia that draws up to 90 per cent of its energy from renewable sources by the late 2030s, it does not address the target of net zero emissions by 2050. Nicola Falcon, Group Manager of Forecasting at the AEMO, stated during a recent Grattan webinar that the next Integrated System Plan will be released in 2022, and will take an economy-wide net zero goal for 2050 into account.

If these augmentations to the grid to support renewable energy generation are made, they should ensure the reliability of Australia’s energy system in the long term. But they will require significant investment and technological advancement, which is why traditional coal-fired generators still have a key role to play in the transition.

“Change is in the air,” Dr Alan Finkel writes in Getting to Zero. “The global momentum and enthusiasm for solar and wind as our future primary energy sources, supported by big batteries, hydrogen, other storage technologies, distributed energy generation, managed loads and digital technologies, across all sectors of our economy, including transport and industry, is growing every day.

“I sense we will live through a technological revolution this decade as exciting as the conquest of space in the 1960s.”

It’s an exciting time – and the best is yet to come.