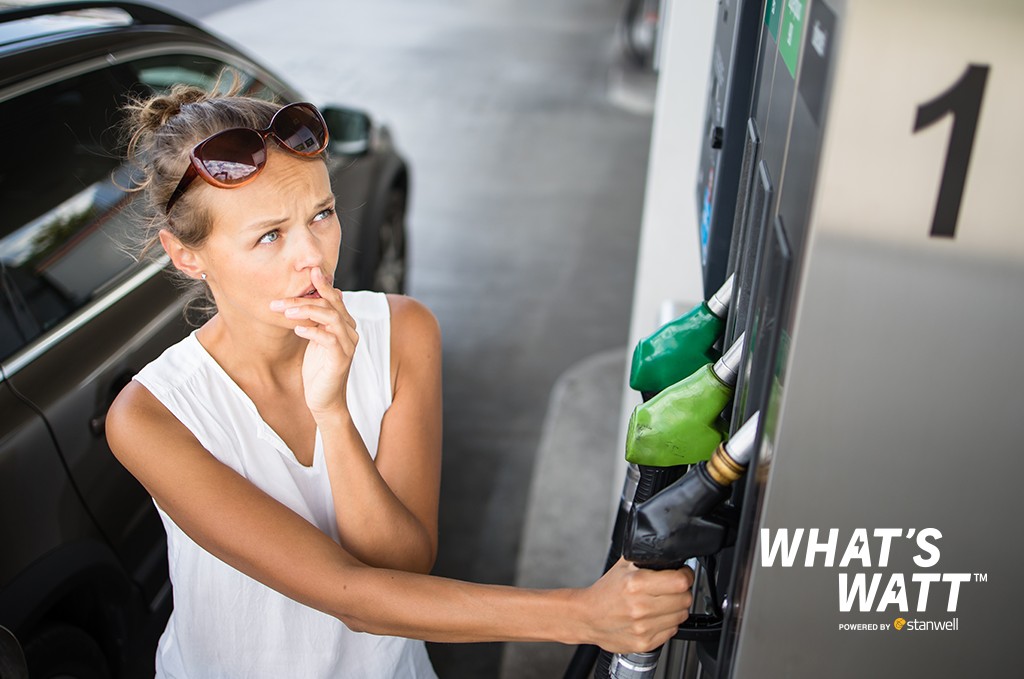 Biofuels – liquid fuels made from organic and replenishable matter – offer a cleaner alternative to traditional, fossil-based fuels. Here’s what you need to know about the main types of biofuels in Australia, and the advanced biofuels on the way.

Biofuels are derived from plant and animal matter, collectively referred to as biomass. Because they’re made from renewable materials, and they burn more cleanly than traditional fossil fuels, biofuels stand alongside other alternatives such as electrification and renewable hydrogen as a way to reduce emissions from the transport sector, which currently accounts for more than a quarter of Australia’s greenhouse gases.

In Australia, there are two main types of biofuels that are currently used for transport – ethanol and biodiesel, which are used to replace petrol and diesel, respectively.

Produced by fermenting the sugars from sugarcane or corn, ethanol is an oxygenate, which means its molecules contain oxygen. Because of this, it helps petrol to burn more efficiently when it’s blended with it, and cuts down on carbon monoxide and other emissions.

Even if you haven’t used ethanol in your own car, you’ve certainly come across it at the bowser in the form of E10 fuel, which is a blend of unleaded petrol and up to 10 per cent ethanol.

It’s important to be aware that not all vehicles can run on ethanol-blended fuels. More than 95 per cent of cars in Queensland are considered to be ethanol-compatible without any need to modify the engine, but you should still check your owner’s manual and vehicle warranty before using it. The Federal Chamber of Automotive Industries maintains a list of vehicle models that can run on E10 here.

E85 fuel – which contains up to 85 per cent ethanol – is also available at some Australian service stations, but is much less common than E10, and can generally only be used in cars that have been purpose-built to run on higher ethanol fuel blends.

Queensland and New South Wales are the only two Australian states to introduce mandates around the use of ethanol. Customers are still free to choose the fuel they use, but the Queensland mandate requires service stations to ensure ethanol makes up four per cent of the total volume of their regular unleaded petrol sales and ethanol-blended fuel sales, and the New South Wales mandate requires ethanol to constitute six per cent of petrol sales.

Derived from used cooking oil and animal fat, biodiesel is a product of a process called transesterification. This process sees oils and fats react with alcohol in the presence of a catalyst – usually sodium hydroxide or potassium hydroxide – to form a product that can be blended with conventional petroleum diesel to fuel vehicles with compression-ignition engines.

Like ethanol, not all diesel engines are compatible with biodiesel, so you should check with your manufacturer if it’s suitable for your vehicle.

Despite their environmental benefits, there are drawbacks to ethanol and biodiesel that scientists, including those at Australia’s CSIRO, are working to address. A 2019 Australian Renewable Energy Agency (ARENA) report on biofuels identified these challenges as:

The solutions to these food supply and environmental impact concerns could lie in advanced biofuels that are derived from a broader range of materials, including algae, animal waste, residue from the agriculture sector, household waste and wastewater sludge. These advanced biofuels are expected to be drop-in fuels – fuels that are compatible with existing engines and fossil fuel infrastructure.

As part of a broader company initiative to deploy renewable energy solutions within Stanwell’s energy portfolio, the company has implemented a bioenergy strategy to investigate opportunities to partially replace traditional fossil fuels with biomass at Stanwell’s power stations.

There are a number of advanced biofuels in various stages of development around the world, including bio-gasoline, renewable diesel, bio-jet fuel, bio-CNG (compressed natural gas) and bio-LNG (liquid natural gas). At the moment, however, these solutions are unable to compete with conventional fuels on price and scale.

According to ARENA, advanced biofuels could become significant contributors in Australia’s heavy freight, shipping and aviation sectors. Unlike the passenger, light commercial and rail sectors, these industries can’t yet be electrified, because they still require the high-density energy that liquid fuels provide.

While biofuel presently accounts for a miniscule amount of fuel consumption in aviation and shipping, there are signs this is changing. Qantas recently announced that its flights from London this year will use sustainable aviation fuel (SAF) derived from used cooking oil and other waste products, which can produce up to 80 per cent fewer emissions than conventional jet fuel.

This marks the first time an Australian airline will purchase SAF on an ongoing basis. The company is also in discussions to use SAF for flights from Los Angeles and San Francisco.

In the long term, there may be greater potential for these industries to be powered by renewable hydrogen, which produces zero emissions. Stanwell has formed a consortium of international offtakers, investors and government agencies to help develop a large-scale hydrogen production facility in Central Queensland – with a view to export hydrogen to Japan.

But because hydrogen can’t be blended with conventional fossil fuels like biofuels can, and can’t be used to power existing engines that run on fossil fuels, biofuels could still have a significant role to play in charting the course towards Net Zero.

In other words, you better start holding on to your used cooking oil…