The impact of renewables on the Australian electricity market 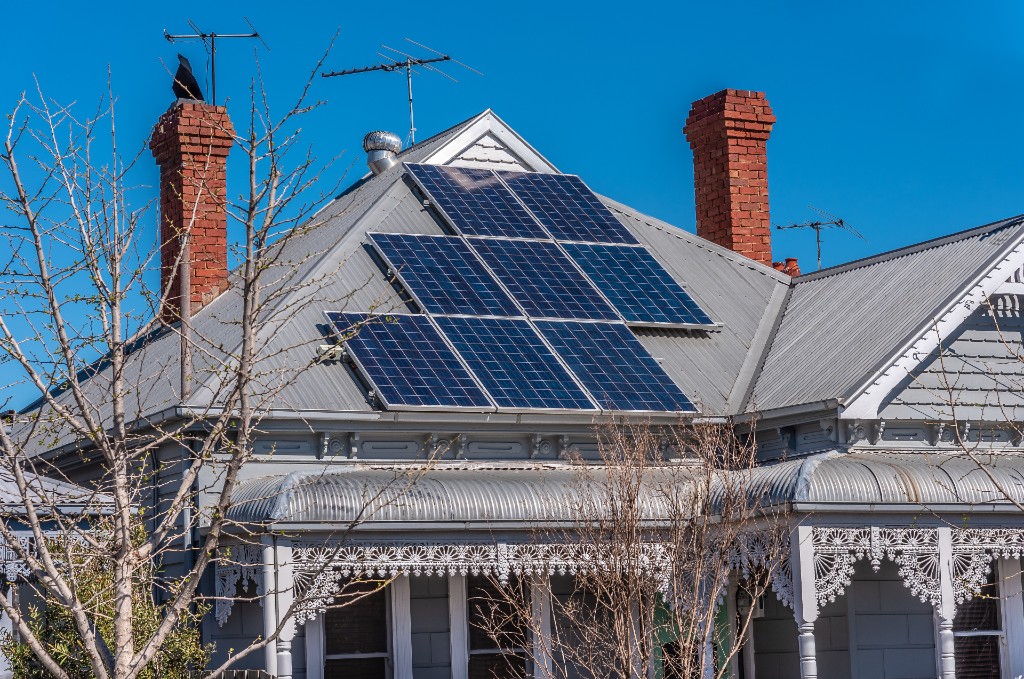 The National Electricity Market is transitioning rapidly from a landscape dominated by large thermal generators towards low-carbon energy production – but fossil fuels still have a significant role to play.

As a sustainable and relatively cheap fuel source, there are obvious benefits – both economically and environmentally – in a successful transition towards renewable energy. But while there is an increasingly large proportion of wind and solar generation in the National Electricity Market (NEM), the integration of these energy sources hasn’t been without its teething problems.

As the generation mix changes, maintaining the ability of the NEM to deliver affordable and reliable energy to all consumers continues to be an ongoing challenge.

The rise of renewables

Fossil fuel generators continue to produce the vast majority of electricity in the NEM – 77 per cent in 2019, according to the Australian Energy Regulator’s (AER) State of the Energy Market 2020 report – but renewable energy is clearly on the rise, increasing from 15.5 per cent of the NEM’s generation in 2017 to 22.3 per cent in 2019.

Recently, wholesale energy prices have fallen dramatically as large volumes of renewable energy have entered the market. As no other sources of supply (such as gas or coal-fired power stations) have left the market, the market is oversupplied.

These figures are likely to increase rapidly. The AER report states that over 93 per cent of new generation investment since 2012 has been in wind and solar energy, driven partly by government subsidies under the Renewable Energy Target scheme. Meanwhile, around 15 per cent of the NEM’s coal generation capacity in 2010 has since been retired, with a further 20 per cent scheduled to be retired by 2035.

In its recent Quarterly Carbon Market Report for the June Quarter 2020, the Clean Energy Regulator (CER) notes that the next wave of large-scale renewable investment is emerging. The CER defines ‘large-scale’ renewable generation as:

‘Probable projects’ – announced large-scale renewable energy projects that are highly likely to proceed, with evidence of funding – have reached their highest level recorded by the CER, with 2.8 gigawatts (GW) in the pipeline.

Small-scale rooftop solar is also having a large impact. In the same Quarterly Carbon Market Report, the CER states that rooftop solar PV installation has exceeded expectations for the period, with an estimated 677 MW installed. That’s a 41 per cent increase on the same period last year. In total, about 12 GW of rooftop solar has been installed in Australia, and 29 per cent of suitable dwellings now have a rooftop solar system.

As an energy source that is generated and consumed by energy users ‘behind the metre’ (i.e. off-market), rooftop solar reduces total NEM demand. At the same time, it increases NEM supply, because surplus energy from rooftop solar is fed into the NEM as generation.

According to the CER, new solar PV and wind generators will deliver around 6.3 GW of additional capacity to Australia in 2020, made up of 3.4 GW from accredited solar and wind farms and 2.9 GW from installed rooftop solar. If the CER’s forecast is accurate, it will bring the total additional delivered capacity of solar and wind energy from 2018 to 2020 to 18 GW – an average growth of 6 GW per year, which is five times faster than the corresponding period from 2014 to 2016.

It’s easy to see, then, which way the wind is blowing – but this remarkable rise is not without its drawbacks.

A rapid growth in rooftop solar installation, as Australia has experienced, leads to low levels of demand for energy from the NEM during the day, when the sun is shining, and solar energy is bountiful. But batteries to store energy are costly, which means that demand for electricity from traditional grid operators ramps up in the morning and early evening – the periods when solar energy is unavailable, but there’s still considerable demand for electricity from consumers.

This creates what researchers at the California Independent System Operator first called ‘The Duck Curve’ – an increase in demand for dispatchable generation at certain times of day, resulting in a graph that looks like a silhouette of a duck.

As noted by the Australian Energy Market Operator (AEMO) in their recent Renewable Integration Study, the magnitude of ‘peak ramps’ – sharp fluctuations in supply and demand – is forecast to increase by 50 per cent over the next five years as a result of the transition towards weather-dependent solar and wind generation. Ensuring that there is enough generation in the market to supply peak demand, even if that peak lasts for just a few days – or even hours – will be an ongoing challenge.

Battery storage for renewable energy, while a seemingly obvious solution to the need for ‘firming’ capacity, is cost-prohibitive to produce at scale. But because coal can be stockpiled on-site, traditional coal-fired generators can provide continuous ‘baseload’ power. This means that the grid system’s needs are met, even when intermittent energy sources are unavailable, or when unexpected events – like a sharp, sudden increase in demand, or a power station suddenly going offline – put a strain on the system.

Transmission limitations are another roadblock to the rise of renewable energy, with grid congestion proving to be a significant issue.

Much in the same way that too many cars trying to travel on the same road at the same time leads to traffic jams, grid congestion occurs when too many electrons converge on the same path. This happens because of transmission constraints – a lack of capacity for the transmission network to deliver electricity without exceeding the limits placed on it to ensure system stability.

When an element of the network, like a transmission line or transformer, reaches its limit and can’t carry any more electricity than it’s carrying already, it causes a bottleneck. When this happens, it affects the supply of electricity, and raises the price that you have to pay for it.

As noted by the AER’s State of the Energy Market 2020 report, the rise of renewables has exacerbated this problem. Not only are solar and wind generators adding more power to the system, bringing it closer to its limits more frequently, but much of the new large-scale generation entering the market is located in sunny or windy areas at the edges of the electricity grid – areas with relatively weak transmission network capacity.

Renewable energy sources also don’t provide the ‘inertia’ required for grid stability. This is a complicated concept that probably requires a decent grasp of Newtonian physics to understand fully – but simply put, the heavy rotating devices used to drive traditional generators, like steam turbines, provide inertia because they rotate at the same frequency as the electricity grid.

The more of this rotating mass that you have on the grid, the more it acts like a shock absorber. This helps the grid to withstand surges in supply and demand, keeping ‘frequency’ – the speed of the grid – within its normal limits and helping to prevent overloading or ‘load shedding’, when groups of customers have their power supply switched off because the system is at risk.

Solar energy, however, is connected to the grid without rotating mass. Even the massive turbines that power wind farms aren’t connected directly – frequency converters link them to the grid, preventing the rotating mass of the wind turbine from providing the system with inertia. A lack of inertia exposes the grid to instability.

In its recent Renewable Integration Study, the AEMO warns that while inertia levels in the NEM on the mainland have never gone below 68,000 megawatt seconds (MWs), they could fall all the way to 45,000 MWs by 2025. That’s a 35 per cent drop in inertia, which would place a significant strain on the system.

In its State of the Energy Market 2020 report, the AER states that as the market transitions towards renewable energy, interventions to maintain a reliable and secure power system have become more frequent. In each of the past three summers, when demand for electricity traditionally peaks, the AEMO has had to use its Reliability and Emergency Reserve Trader (RERT) mechanism to secure back-up supply, at a cumulative cost to the market of around $126 million.

The AEMO’s 2020 Integrated System Plan identifies up to $14 billion of transmission investments needed across the NEM to adapt to the rise in renewables, and makes the case that without investment in transmission infrastructure, the private sector may not be willing to invest in the new generation capacity needed to replace retiring traditional generators.

The Integrated System Plan calls for upgrades to transmission lines from rural renewable energy zones, as well as new dispatchable resources to firm up the system, including utility-scale pumped hydro and large-scale battery energy systems. The Integrated System Plan advocates for what the AEMO calls ‘Step Change’ – an ambitious vision of an Australia that draws up to 90 per cent of its energy from renewable sources by the late 2030s.

For now, however, traditional coal-fired generators – with their ability to provide energy and inertia to the NEM around the clock – still have an important role to play in providing grid stability; ensuring that energy remains affordable and reliable; and keeping the lights on while we transition towards a bright future.