Lost in transmission: Why do power lines lose power? 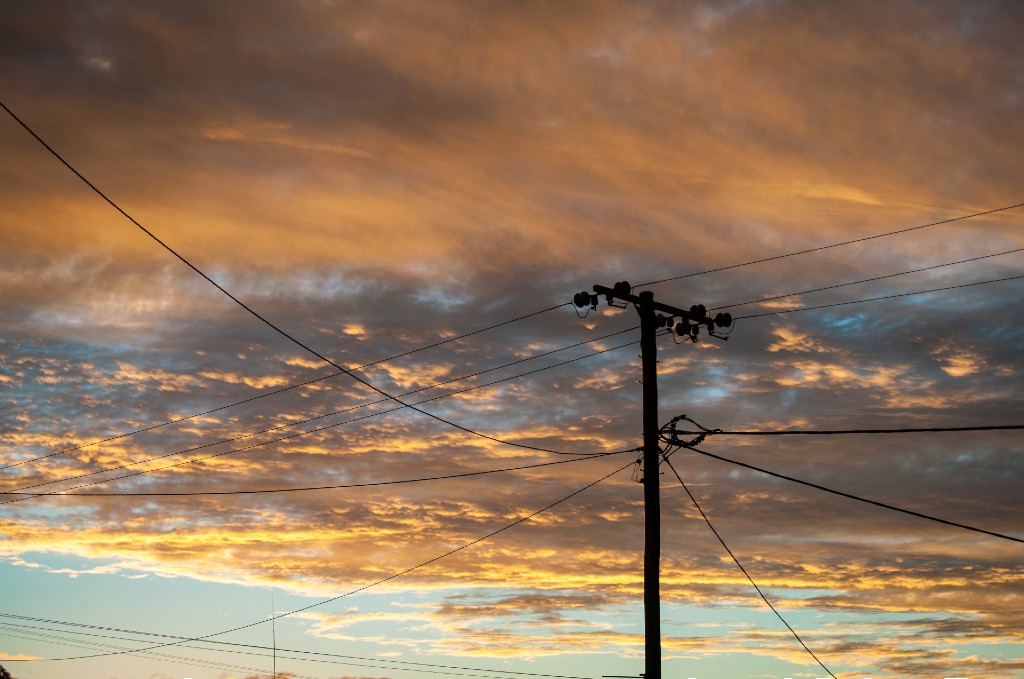 When electricity flows across power lines, not all of it makes it to our homes and businesses. Here’s what causes transmission losses – and why it’s becoming a bigger problem as more and more sources of generation connect to the grid.

What is transmission loss?

Power stations – conventional and renewable alike – are usually located in remote or regional areas. That means the energy they generate often flows across great distances, through a vast network of utility poles and power lines, to reach you at home.

But when electricity travels this way, it doesn’t always make it to its intended destination. Instead, some of it is lost in the form of heat. That’s because no matter how efficient of a conductor a power line is, electrons will collide with other electrons, atoms and material in the line as they move through it. These collisions cause electrical resistance and generate heat.

That might sound a bit abstract, but you can actually see these losses in the form of sagging power lines. Of course, some of that sagging is just due to gravity – who knew power lines were so relatable? – but the rest is due to heat that causes the lines to expand and sag over time. Some of this heat comes from lost electricity.

According to the Australian Energy Market Operator (AEMO), about 10 per cent of the electricity that leaves an Australian power station never makes it to a consumer.

Transmission loss affects consumers, in the long run, because the energy that’s lost in transmission has to be paid for. Because there is a difference between energy received at the network node (the point at which AEMO pays for it) and the energy sent out of a power station, a generator has to price their output to account for the losses using the equation: (energy sent out divided by energy at node times cost base) plus profit margin.

The amount of power that’s lost in transmission depends on three key factors:

Current is power divided by voltage. So, for instance, if you halve the voltage of the line, but keep the power flow the same, you’ll double the current. The loss is then calculated by squaring the current – so by halving the voltage of the line, you now have four times the losses over the same distance. Transmission lines operate at a high voltage, and lower current, to reduce these losses.

How does the rise of renewables impact transmission loss?

Australia’s energy system is transforming, with new wind and solar generators connecting to the grid at a rapid rate. But in a country as vast as Australia, this presents a problem, because of the three transmission loss factors mentioned above.

Many of the new large-scale generators are located in sunny or windy areas at the edges of the electricity grid. While that’s ideal for generating solar and wind power, it means the energy has to travel further to reach customers.

These remote locations are often serviced by relatively weak transmission lines with lower voltage, leading to higher currents and higher losses when additional generators connect to them.

What can be done to reduce transmission loss?

On a day-to-day basis, steps taken to mitigate transmission loss can include curtailing generators’ output to reduce the amount of electrons colliding on the line, particularly on summer days when ambient conditions are hotter to begin with. To continue the traffic jam analogy, this is a case of AEMO asking some people to leave their car at home for a while.

Another physical means is ‘line washing’ – literally spraying water from a helicopter to remove dust and other material from power lines and reduce the amount of heat built up on the line.

On a longer-term basis, however, AEMO’s 2020 Integrated System Plan (ISP) identifies up to $14 billion of investment needed in infrastructure to future-proof the grid and reduce transmission loss from renewable generators on its edges.

The ISP advocates for renewable energy zones (REZs), regional hubs that connect multiple renewable energy generators and energy storage facilities in the same location, and pair them with high-voltage poles and wires, so that renewable energy can efficiently reach the homes and businesses that need it with minimal transmission loss.

The Queensland Government has announced $145 million in funding for transmission infrastructure, in the form of three Queensland Renewable Energy Zones (QREZs) in northern, central and southern Queensland. More than 192 projects registered their interest to be part of a QREZ in 2020, representing a strong pipeline of renewable energy resources.

Coordinating these developments and pairing them with more efficient transmission lines will ensure that more grid-connected renewable energy can get to where it’s supposed to go, benefiting generators and consumers alike.