How energy is generated at the Tarong power stations 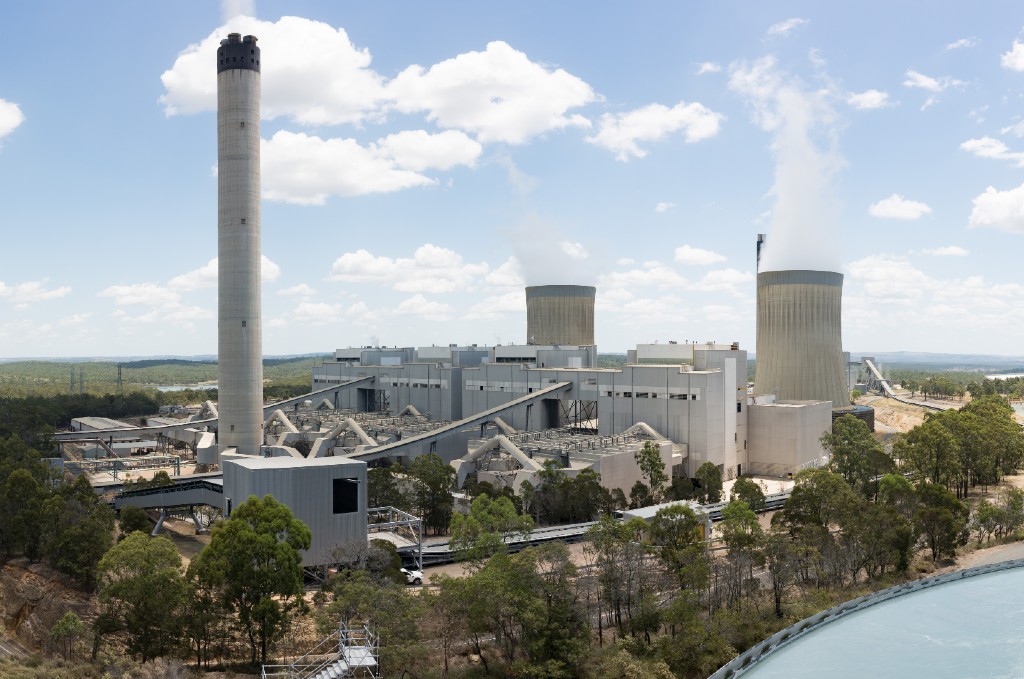 When you grab a cold drink from the fridge, plug your phone into a charger or settle in for a Netflix binge session, it all just works like magic – but there’s a lot of work being done behind-the-scenes to produce the power that makes our modern lifestyles possible.

One of Queensland’s largest energy generating sites, the Tarong power stations operate 24 hours a day, seven days a week to keep the lights on in the state. Located in the South Burnett Region, 45 kilometres south-east of Kingaroy, the site comprises of five generating units – the original Tarong Power Station, with a maximum generating capacity of 1400 megawatts (MW) from four 350 MW units, and the newer Tarong North Power Station, with a single 443 MW unit.

Even now, as Queensland transitions towards low-carbon electricity generation, coal-fired power stations like those at Tarong continue to play an essential role in providing the electricity required to meet the state’s needs – and this is how they do it.

The Tarong power stations receive coal directly from Meandu Mine, which is just 1.5 kilometres away, via a conveyor belt. Both the mine and the power stations are owned by Stanwell.

Up to 1.5 million tonnes of coal can be stockpiled on site, with up to 70,000 tonnes at a time kept in dry storage in two slot bunkers to feed the five running units. Coal feeders regulate the flow of coal from the bunkers to the pulverisers, sometimes called mills. Inside the pulverisers, steel balls the size of large beach balls dry and crush the coal until it’s ground as fine as talcum powder, which is then blown into the boiler to be used as fuel for the furnace.

In addition to coal, energy generation at Tarong also relies on access to water, which is used for steam production and cooling. The primary source of water for the Tarong power stations is Boondooma Dam, which was built to provide water for this purpose. The power stations also have access to water from Lake Wivenhoe via the Wivenhoe Pipeline – a substantial premium is paid for this water, so it’s only used when dam levels at Boondooma are low.

After being pulverised, the finely-ground coal is mixed with hot air and burnt inside a boiler. Each of the four massive boilers at the original Tarong Power Station are as high as an eight-storey building, and inside, walls of steel tubes extend for the full height of the structure. The heat produced by the burning coal raises the temperature of water flowing through the tubes, to create steam that passes out of the boiler drum.

The steam is heated further in the superheaters and fed through high-pressure pipes to the steam turbine. At this point, the steam reaches a temperature of 541°C and a pressure of 17.6 megapascals (MPa).

Through the turbine blade stages, the steam pressure drops to about 7kPA absolute, depending on ambient conditions. This causes the turbine to rotate at 3,000 revolutions per minute (RPM), which ultimately enables the generator to produce electricity.

The newer Tarong North Power Station features advanced ‘supercritical’ boiler technology that allows for higher efficiencies through higher steam pressures and temperatures. Supercritical boilers do not have a drum where the steam separates from the feedwater. Instead, because the feedwater is above the critical point it changes phase from water to steam seamlessly without boiling. Supercritical technology makes Tarong North one of the most efficient coal-fired power stations in Australia. The supercritical technology reduces CO2 emissions by about 10 per cent compared to conventional coal-fired boilers.

The mineral matter in the coal doesn’t burn – instead, it becomes ash. At the original Tarong Power Station, ash is captured by electrostatic precipitators. These precipitators use electrically charged metal plates (called electrodes) to attract ash. The collector plates are periodically hit by electrode rappers, which are hammers that make the accumulated ash dislodge from the electrode and fall into an ash hopper (a steel tank) below.

That ash is then sent to the ash thickening plant, which converts it into a concentrated slurry. From here, it can be pumped into the purpose-built ash dam on site. Water from this ash dam can then be returned to the power station for reuse, a sustainable and energy-efficient method which both extends the life of the ash dam and reduces water pumping costs.

Alternatively, ash that has been through the thickener can be sent back to Meandu Mine, to fill the void left by the removal of coal. Tarong’s ash can also be on-sold to producers of cement and bricks for use in their products.

The electrostatic precipitators are regularly maintained and monitored to make sure they’re catching as much ash as they possibly can. The ash that they don’t catch – known as dust, or particulate matter – is discharged up a flue and out of the station’s single 210-metre-high chimney. There are four of these flues within the chimney; one for each generating unit.

At the newer Tarong North Power Station, a bag filtration system is used instead of a precipitator. The industrial-scale fabric bag filter is able to capture fine particles that the electrostatic precipitators can’t – 99.5 per cent of all emitted dust particles – reducing the station’s particulate emissions.

After steam passes through the turbine, it goes to the condenser. Water circulating through tubes in the condenser cools the steam down, and converts it back into water. This water is pumped back to the boiler, and the process of creating steam starts all over again.

After absorbing the heat from the steam, the water circulating through the tubes in the condenser is pumped through to a cooling tower.

There are two cooling towers at the original Tarong Power Station, each standing 116.5 metres tall. The hyperbolic shape of the towers creates a natural flow of air from the base of the tower to the top; it’s this air flow that cools the hot water as it falls from the ‘hot pond’ to the ‘cold pond’ at the bottom. The absorbed heat from the water is then released into the atmosphere in the form of fog-like water vapor, and the cool water is pumped back into the condenser.

The cooling tower at Tarong North uses large fans, rather than a natural draft produced by the shape of the towers, to force air through a curtain of water droplets.

Each of the four 350 MW units at Tarong Power Station, and the 443 MW unit at Tarong North, has a generator with its main components being the rotor and the stator (a stationary winding forming a coil).

The motion of the steam-powered turbine turns the rotor which creates a magnetic field. The magnetic field induces a current in the stator (the stationary part of the rotary system) which flows to the generator transformer through large metal conductors encased in metal ducts.

Finally, the transformer steps up the electricity voltage from the stator from 20,000 volts to 275,000 volts, so it can be transported efficiently through the electricity grid (transmission system) to you – the consumer at the end of the distribution system.

Next time you flick your light switch, turn on your air conditioner or get comfy in front of the TV, it’ll still work just like magic – but now you’ll know why.