How do electric cars work, and when will they take off in Australia? 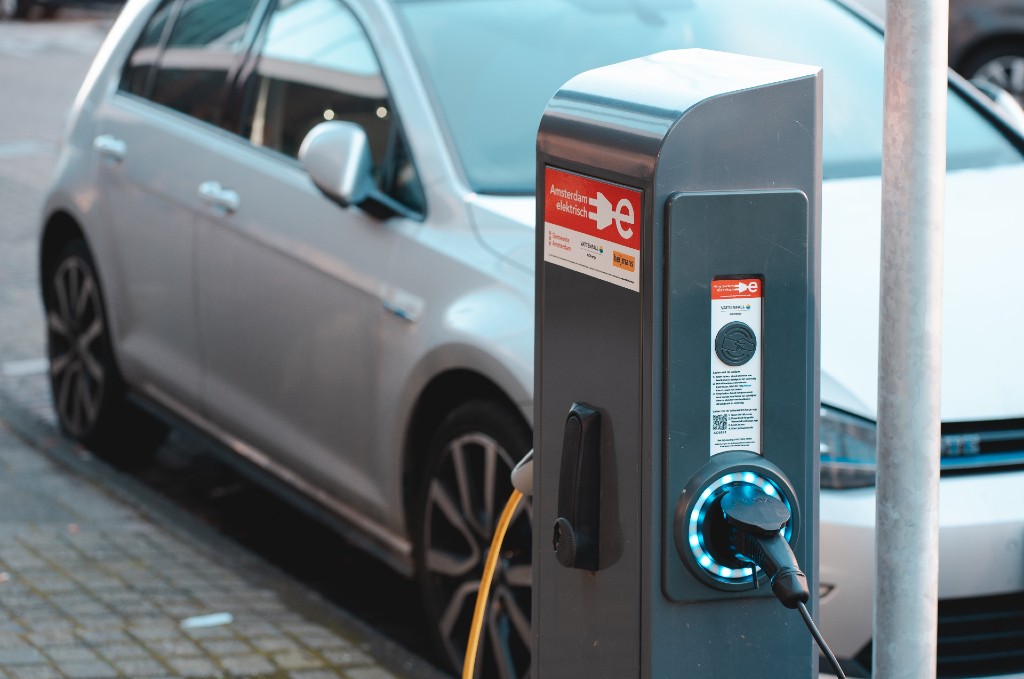 There are more than 10 million electric vehicles on the road throughout the world, with the global pace of sales accelerating rapidly. But what separates electric vehicles from the pack – and when will Australia catch up to the race leaders?

How do electric vehicles work?

Instead of storing petrol or diesel in a fuel tank, EVs store power in batteries. The earliest EVs used lead-acid batteries, but modern electric cars use lithium-ion batteries that are capable of storing far more energy – most EV batteries range in size from 30 kilowatt-hours (kWh) to 100kWh.

Electric cars generally accelerate faster than traditional vehicles, and because their batteries are usually positioned along the floor, their centre of gravity is low, making for a great driving experience.

EVs are also able to recover the kinetic energy that would normally be lost in braking, by converting and storing thermal energy from brake pads and tyre friction and feeding it back into the battery to extend your range. This is called regenerative braking.

How are electric vehicles charged?

Like virtually any electric device, EV batteries are charged by plugging into a charge point and taking electricity from the grid.

They all come with their own charging cord, which can be plugged directly into your standard wall socket at home, although you should have an electrician verify that the wiring is safe and can handle the additional electrical draw before you do this. Just like a phone, an EV can be charged overnight, during off-peak times, while you’re sleeping and demand on the electricity grid is at its lowest.

While it might be convenient, charging an EV with a regular wall socket does come with certain limitations. Unlike a phone, you can’t exactly put your EV on your bedside table – and if you don’t have a garage with a wall socket, you’ll need a long extension cord. A wall socket is also limited to 2.4kW, so for a Tesla vehicle with a 100kWh battery with no charge remaining, you’re looking at more than 40 hours to fully recharge.

Charging times will vary greatly, of course, depending on the size of your car’s battery and the maximum rate of charge the battery will accept. Most EVs with smaller battery sizes will reach full charge overnight using a regular wall socket.

To speed up your charging time and avoid using a wall socket, you can install a dedicated home charging station – typically ranging from 7-11kW – in your garage or driveway.

What type of electricity do EVs run on?

There are two kinds of power that can be used to charge electric cars – alternating current (AC) and direct current (DC).

DC chargers are usually larger and heavier than their AC counterparts, but significantly faster – if your EV battery is capable of ultra-rapid charging, a 350kW DC charger can take it from 0-100 per cent in as little as 20 minutes.

Are electric vehicles good for the environment?

Electric vehicles are considered a greener option than traditional vehicles. But it’s worth nothing that electric batteries are emissions-intensive to manufacture, and the raw materials required have been linked to environmental and human rights concerns.

Broadly speaking, EVs produce significantly fewer emissions than their ICE counterparts, but a lot depends on how much coal is being burned to produce the electricity that powers them. In Australia, as long as fossil fuels continue to make up a significant proportion of our electricity generation, it wouldn’t be accurate to say that electric vehicles are emissions-free.

Some charging stations can be integrated with a solar panel for sustainable and cost-effective charging. Because EVs will often be used for a daily commute, and solar power isn’t available at night without a costly solar battery, this may not be an ideal home set-up for many drivers, but workplaces that have installed rooftop solar panels could use these to charge their workers’ cars through the day.

How strong is the EV market in Australia?

In Australia, where the transport sector accounts for roughly 20 per cent of greenhouse gas emissions, electric car sales have trailed behind the rest of the world.

Figures released by the Electric Vehicle Council show that there were 6,900 electric cars sold in Australia in 2020, which marks a 2.7 per cent increase from 2019, but still only accounts for less than 1 per cent of total Australian car sales.

By comparison, in regions where electric car sales have been incentivised, sales are much stronger – in the EU, for instance, EVs increased their market share from 3.8 per cent in 2019 to 10.2 per cent in 2020.

In Norway, where import tariffs, sales taxes and registration fees for EVs have been waived, EV sales have now outstripped the sum total of all petrol, diesel and hybrid vehicles – increasing their market share from 56 per cent in 2019 to a staggering 75 per cent in 2020.

China has imposed a mandated sales target on manufacturers for EVs to account for 40 per cent of sales by 2030, while the UK, Japan, France and Germany have pledged to ban ICE sales between 2025 and 2030. In the US, President Joe Biden recently pledged to replace the government’s fleet of almost 650,000 vehicles with EVs.

In March 2022, the Queensland Government released Queensland’s Zero Emission Vehicle Strategy 2022-2032, and the first Zero Emission Vehicle Action Plan 2022-2024. The strategy reduces the upfront costs of EVs for Queenslanders, as buyers of all new zero emission vehicles under the value of $58,000 from 16 March 2022 will now receive a $3,000 grant. Existing benefits, including discounted vehicle registration and registration duty costs, will continue.

The strategy also includes a $10 million co-fund to support public charging options, in partnership with local government and private industry, and a pledge to replace all eligible government fleet vehicles with electric vehicles as current leases expire, as long as a suitable electric alternative is available.

The Queensland Government has set the following targets for zero emissions transport:

While the upfront costs of EVs remain relatively high, running costs are already low – according to the Electric Vehicle Council, the electricity to charge an EV battery costs the equivalent of 30c to 40c a litre for fuel, and with fewer moving parts, maintenance costs for an EV are around 2c per kilometre, compared to 7c per kilometre for traditional vehicles.

Range anxiety – a common concern among drivers that their EV could run out of charge before they reach their destination – is also expected to ease. The Electric Vehicle Council’s State of Electric Vehicles 2020 report found that almost 80 per cent of respondents underestimated the driving range of EVs.

In reality, EVs are now available in Australia that can travel more than 500km on a single charge. Because most Australians live in cities and have an average daily commute of around 35km, that’s more than enough range for the vast majority of people without needing to recharge.

Of course, this is something of a chicken-and-egg scenario. As more EVs take to the road in Australia, more businesses will be incentivised to roll out charging stations to attract customers. NRMA, for instance, has already made access to its network of DC fast chargers free for members, and it’s easy to imagine a future in which charging stations are a feature of every shopping centre and grocery store carpark.

Ultimately, Australia is dependent on imported vehicles, since we no longer manufacture our own. And as manufacturers around the world stop producing cars with internal combustion engines – either because of demand from consumers for EVs, the impact of government mandates, or a combination of the two – there simply won’t be any more ICE models to import into Australia.

At that point, the Australian market will be forced to embrace EVs – and it will be crucial that we have the infrastructure in place to manage that transition smoothly.