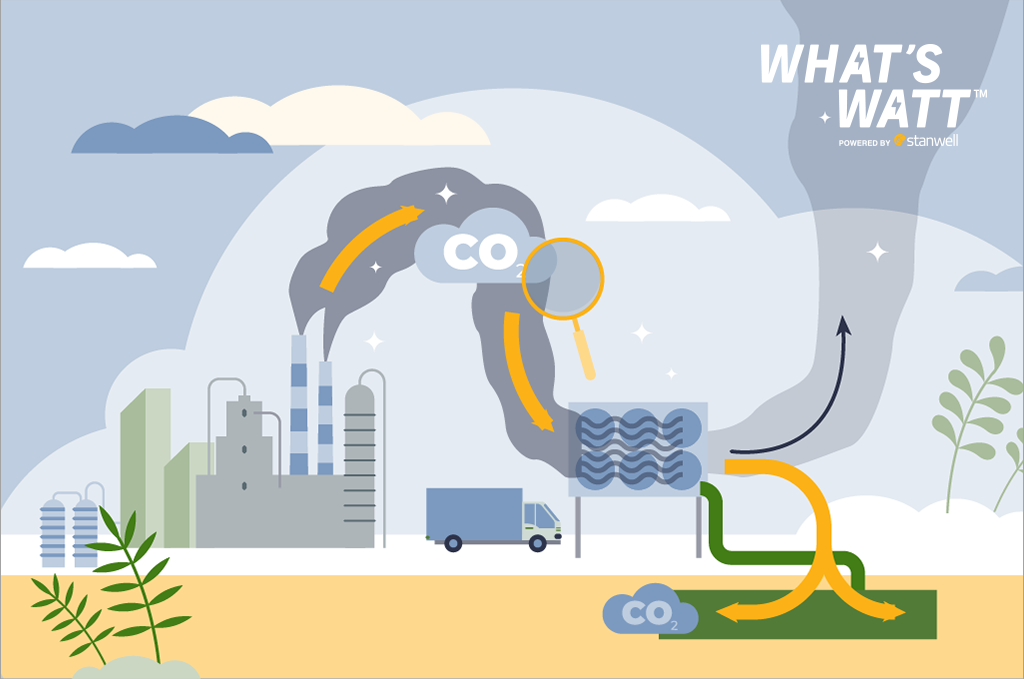 Australia has committed to achieving carbon neutrality by 2050, and carbon capture and storage (CCS) has been touted as a technology that will play a key role in reducing the nation’s emissions. Here’s what you need to know.

What is carbon capture and storage?

Essentially, carbon capture and storage technology does what it says on the tin – it captures carbon dioxide emissions from traditional generation assets and energy-intensive industries, and stores these emissions to prevent them from affecting the atmosphere.

There are three stages to this process:

While CCS is often referred to as an emerging technology, it takes advantage of existing reservoirs that have been safely storing oil and gas for millions of years.

The specific techniques behind CCS have been in use since the 1970s, when the oil and gas industries started pumping captured carbon dioxide into these depleted oil and gas reservoirs.

Back then, however, the focus wasn’t on reducing emissions – instead, it was on using the carbon dioxide to force out any remaining fuel from the reservoir. After the oil or gas had been recovered, the carbon dioxide would remain trapped underground, but that was a byproduct of the enhanced oil recovery or enhanced gas recovery process, not the aim.

Today, proponents of CCS argue that it can be used to reduce the impact of power generation and emissions-intensive industries that cannot be easily decarbonised, without requiring the use of fossil fuels to be abandoned.

Carbon capture and storage in Australia

According to the US Department of Energy’s Carbon Capture and Storage Database, there are 43 active sites worldwide where carbon capture and storage is taking place right now, including enhanced oil recovery projects. Four of these CCS sites are in Australia, but only one – Chevron’s Gorgon gas plant – is on a commercial scale and intended to make an impact on emissions reduction.

The plant was set a target by the Western Australian Government of capturing 80 per cent of its emissions in its first five years. But when it opened in 2016, it wasn’t capturing any emissions at all, and emitted an amount of carbon dioxide that was roughly equivalent to all of the savings made by all the rooftop solar panels across Australia in the 2016/17 reporting period.

The facility continued to operate without capturing any emissions in 2017 and 2018, which Chevron attributed to technical problems that delayed carbon dioxide injection into the geological formations under Barrow Island.

The plant began capturing emissions in 2019, but even so, in an environmental performance report released in November 2021, the company said it had fallen short of its target by 5.23 million tonnes of carbon dioxide, and would buy the equivalent amount in carbon credits. The company also said it would invest $40 million in low carbon energy projects throughout Western Australia.

Regardless, CCS projects continue to be developed in Australia. Santos has a $220 million project in development at Moomba in South Australia, where it plans to store 1.7 million tonnes of carbon dioxide each year from 2024 onwards.

In Queensland, Glencore has applied for approval from the state government to conduct a three-year CCS trial, which would capture about 110,000 tonnes of carbon dioxide each year from a power station in Millmerran.

The project would send the power station’s exhaust through a water-based solvent to separate carbon dioxide from other gases. Liquefied carbon dioxide would then be trucked to Moonie, over 100 kilometres away, and injected deep underground, where it would become trapped within porous rock.

Catch them if you can

As our energy system transforms and 2050 grows closer, any technology that can reduce Australia’s net emissions and get us closer to net zero should be explored and encouraged.

It’s about finding the right tool for the job – while solar, wind and battery storage are the obvious solutions in many cases, alternatives like renewable hydrogen and CCS are likely to be appropriate for industries and sectors that are proving harder to decarbonise, including cement, steel and chemical production..

Fatih Birol, the Executive Director of the International Energy Agency (IEA), has said it will be “almost impossible” for the world to achieve net-zero emissions goals without embracing CCS, while the IEA’s Sustainable Development Scenario calls for a hundredfold increase in CCS between now and 2050.

The CSIRO is committed to finding ways to reduce the cost and improve the efficiency of CCS so it becomes commercially viable, and has conducted laboratory testing on more than 100 novel solvents, ionic liquids, solid absorbents and enzyme technologies to improve post-combustion capture processes.

CCS has also been identified as a priority low emissions technology in the Australian Government’s Long-Term Emissions Reduction Plan.

But carbon capture and storage is not a magic bullet – and it will just be one of many strategies used by Australia to achieve our collective goal of net-zero emissions.