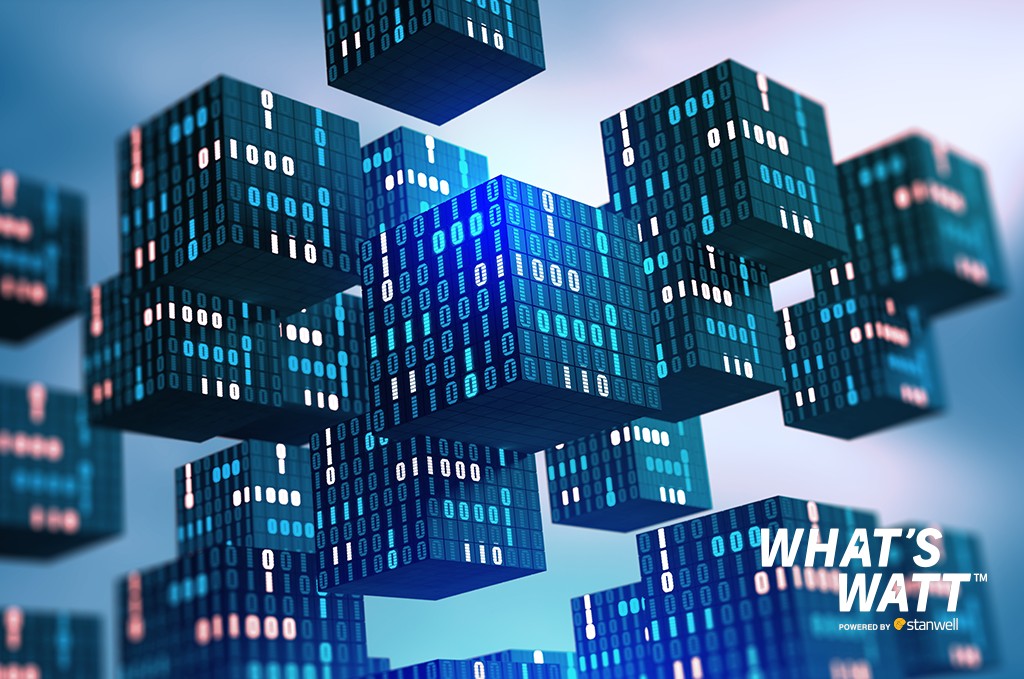 As the energy market evolves, blockchain technology has the potential to accelerate the sector’s transformation – if some fundamental challenges can be resolved.

From the rise of rooftop solar and renewables to the gradual growth of electric vehicle sales and the adoption of smart meters and other digital innovations, the Australian energy market is in the midst of substantial change.

Blockchain technology could serve as the backbone of a new infrastructure for the industry, enabling new models for energy trading, data management, certification and more. But it won’t happen overnight, and there are a number of challenges that will need to be overcome before the potential of blockchain can be unlocked.

Essentially, blockchain is a secure way of recording transactions.

It’s a decentralised digital ledger in which all transactions are cryptographically signed, with data stored in encrypted blocks across a distributed network of computers, referred to as nodes. No one node controls the blockchain; instead, transactions are verified by a majority of participants.

Each verified transaction is then combined with other transactions to create a block. Each block in the chain is connected to the previous one, and cannot be altered. Each transaction has an audit trail that can be viewed by the participants in the blockchain, with no central ledger or database.

The decentralised nature of blockchain removes the need for a third-party intermediary, speeding up and reducing the cost of transactions. Blockchains can be public, meaning anyone can become a node in the network, or private, meaning only permissioned parties can become a node. There are also hybrid systems, in which participants in the blockchain can choose to make certain transactions public.

Originally theorised in the early 1990s, blockchain technology was first implemented as a public ledger for transactions with the launch of Bitcoin in 2009, and has since been used as the basis for a variety of cryptocurrencies, smart contracts and non-fungible tokens (NFTs).

Already widely used in the financial services sector, blockchain technology could also serve as the foundation of an energy market that’s becoming increasingly decentralised and interconnected.

There have been no shortage of use cases identified for blockchain and the energy sector, from blockchain-based EV charging systems to enabling customers to pay their electricity bills with cryptocurrency. But the majority of the pilot projects so far have been focused on peer-to-peer trading – enabling a network of individuals to buy and trade excess energy from each other.

The decentralised nature of blockchain technology makes it particularly well-suited to this type of democratised energy distribution, but this development hasn’t happened in a vacuum. It’s also the result of the shift towards renewable energy, and the rise of prosumers – individuals who both consume energy and produce it.

The linear flow of energy from retailers to consumers has been upended by the widespread adoption of solar panels and battery storage, with more and more consumers now able to generate their own power.

This – along with the introduction of Internet of Things (IoT) devices such as smart meters that collect real-time consumption data – creates the conditions for consumers to trade and purchase energy amongst themselves, via blockchain-enabled smart contracts that automate and verify transactions, optimise the balance of supply and demand, and remove the need for human intervention.

Prosumers are already able to save money on their energy bills by feeding the excess solar power they generate into the grid, so these smart contracts and peer-to-peer systems would essentially cut out the middleman.

In 2016, LO3 Energy (an energy technology company) began facilitating the ability of Brooklyn residents to trade renewable energy through smart contracts on Exergy, a blockchain-based platform. The Brooklyn microgrid is connected to the traditional grid, but can disconnect and act autonomously and self-sustainably.

While new technologies are often described as ‘disruptive’, the widespread adoption of the automated smart contracts, dynamic pricing and supply-demand optimisation that blockchain can facilitate could have just the opposite effect – helping to smooth the sharp fluctuations in supply and demand, known as peak ramps, that have resulted from the increasing proportion of weather-dependent solar and wind generation in the National Electricity Market (NEM), and delivering a more secure and reliable energy market.

The transparency and audit trails that blockchain technology allows for have obvious applications in the energy market.

In 2018, for instance, the Chilean National Energy Commission (CNE) began using the Ethereum blockchain to record, store and track various types of energy data, including market prices, installed capacity, marginal costs, emissions and more. The shared ledger allows the public to access transaction records, reducing the chances of data being manipulated or misrepresented.

But perhaps the most useful application of blockchain technology in this sense is in ensuring the validity of green electricity and carbon offsetting programs.

Australia’s electricity grid is one of many around the world that draws from both renewable and non-renewable energy sources – which means that, unless you go completely off-grid, there’s no way to know whether the energy that’s powering your home at any given moment comes from a renewable or non-renewable source.

That’s why, when you purchase GreenPower from your energy retailer, it doesn’t mean you’ll only be using renewable energy. It means your retailer will be offsetting your electricity usage by ensuring an equivalent amount of renewable energy enters the grid on your behalf through the purchase of Large-Scale Generation Certificates (LGCs).

But the immutable audit trails that blockchain technology allows for could enable renewable energy to be tracked through every stage of the supply chain, ensuring the provenance of your energy – so consumers could know exactly when, where and how the energy they’re using was generated, if they were so inclined.

Similarly, if your retailer offers carbon neutrality as a selling point, it means they offset your energy usage by purchasing and trading certificates from projects that reduce emissions. With blockchain technology, these emissions reduction certificates could be more easily traced back to their source, to help breed trust and confidence that they come from worthwhile projects and ensure emissions reductions are accurately counted.

Carbon Planet, for instance, is a Queensland startup that uses blockchain technology to connect tree farmers with individuals and businesses who want to offset their carbon emissions. Users buy carbon blocks, which they can trace right back to the farm where the trees are planted, removing any ambiguity or uncertainty for buyers and unlocking a new source of income for landholders.

For blockchain to live up to its potential to help shape the future of the energy market, some major challenges will need to be overcome.

The first of these is that Australia’s energy sector is highly regulated by several bodies, including the Australian Energy Market Commission (AEMC), Australian Energy Market Operator (AEMO), Energy Security Board (ESB) and Energy Ministerial Regulatory Forum (EMRF), with a number of laws and safeguards in place to ensure access to energy is reliable, secure and affordable.

This is, of course, a good thing – but it means that blockchain, still considered an ‘emerging’ technology by many, will need to earn the trust of these regulators before it can be meaningfully integrated into the market.

As the World Economic Forum’s (WEF) Building Block(chain)s for a Better Planet report notes, the decentralised nature of blockchain could make it difficult to develop a legal framework around it, which is why the WEF recognises legal and regulatory challenges as a major stumbling block to blockchain acceptance.

The WEF also highlights user adoption as a concern. Many existing blockchain ledger interfaces are simply too complex for mainstream adoption today, with investors and consumers currently lacking the blockchain literacy and the trust required to embrace the technology.

But for the energy sector, the key concern may be the energy consumption required for blockchain transactions. Current blockchain applications run on algorithms that can consume up to 215 kWh per transaction – the equivalent of letting a 25W incandescent light bulb burn for a full year for each transaction.

Cryptocurrencies, the most widely used application of blockchain, are energy-intensive by design. Bitcoin mining, the process by which new bitcoins are entered into circulation, requires computing systems to solve puzzles as part of the Proof of Work (PoW) protocol – there’s a hard cap on the total number of bitcoins that can be mined, which drives up competition between miners, and requires increasingly powerful and energy-hungry computers and data centres to keep pace.

But newer blockchain platforms, such as Ethereum, use different verification methods, including Proof of Stake (PoS), Proof of Importance (PI) and Proof of Authority (PoA) protocols, that are much less energy-intensive – Ethereum’s shift to the PoS protocol, for instance, is expected to reduce its energy consumption by up to 99.95 per cent.

Ultimately, while blockchain technology will still have to prove its worth to regulators, investors and consumers alike, it could play a key role in the evolution of Australia’s energy sector – and in helping to ensure energy stability and security in the years to come.