Five things to consider before you buy solar panels 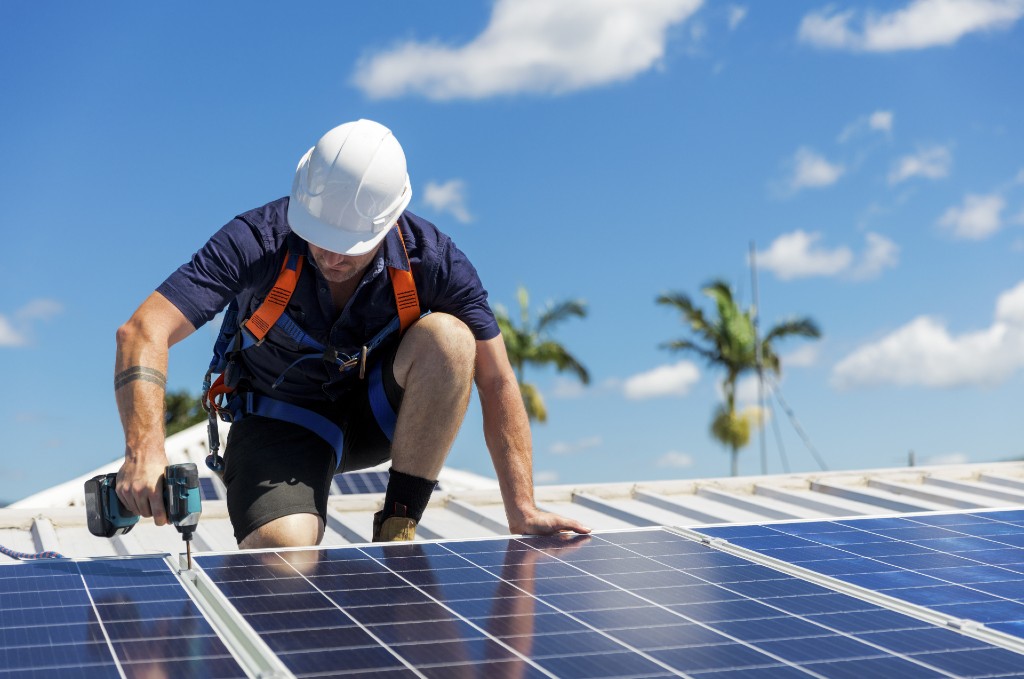 Australians are switching on to solar power – but there are five questions you should ask yourself before you bite the bullet.

If you’re thinking about installing solar panels, you’re not alone. Australia has the highest penetration of rooftop solar panels in the world, and according to the Clean Energy Regulator’s latest Quarterly Carbon Market Report, rooftop solar capacity has been growing by an average of 39 per cent each year since 2017.

The Clean Energy Regulator expects that solar install rates will remain high for the foreseeable future – but is solar the right choice for you?

Here are five things you should consider before you start soaking up the sun.

How do you use electricity?

Your solar system will generate electricity when sunlight hits your panels during the daytime. But unless you have a solar battery, it won’t retain that electricity for you to use later, and you’ll have to draw electricity from the grid when the sun isn’t shining.

That means you’ll get the most value out of your system if your household consumes energy during the day. If you run a business from your home on weekdays; if you have kids getting home from school and switching on devices in the afternoon; or if you’re a shift worker who tends to work nights and be home through the day, then there’s a very good chance you’ll benefit from having a solar system.

You can also benefit from solar power if you have energy-guzzling appliances that you can run during the day – for instance, you could put timers on your pool pump, washing machine or dishwasher to shift more of your energy use to the daytime.

If you are a daytime energy user, knowing how much power you’re likely to use will help you decide what size system you need. You can refer to a recent power bill for a broad picture of your energy usage, or use an online or wireless energy monitor to see real-time energy usage data.

If you don’t have a bill handy and you don’t have access to an energy monitor, you can get an estimate of your energy usage by entering your postcode and household size into the Australian Government’s Energy Made Easy site.

As a rough guide, a 1 kilowatt (kW) solar system in Queensland will produce about 4 kilowatt hours (kWh) of energy each day, but this will vary depending on a variety of factors, including your location, the positioning of your roof (more on that later) and the time of year.

Your feed-in tariff won’t be as high as the price you’re paying for electricity from the grid, so that solar power will always be more valuable for you to consume yourself than it will be to export. There’s a reason they call Queensland the Sunshine State, however, so unless you’re a particularly voracious consumer of energy through the day, you’ll likely end up with excess energy sometimes, which is why it’s a good idea to look into feed-in tariffs.

Tariffs differ from retailer to retailer, so it’s worth shopping around to find the best deal. This might seem like something you don’t need to worry about until you’ve already installed your solar panels, but you should consider it from the outset, because to be eligible for some retailers’ maximum feed-in tariff, you’ll need to get your solar panels installed by that retailer in the first place.

A high feed-in tariff isn’t the only thing that matters when choosing an energy retailer, of course. If your system is unlikely to produce much excess electricity to be fed back into the grid, then you might be better off with a retailer that offers a lower tariff if they also charge lower supply and usage rates.

If you live in a part of regional Queensland where you can’t choose your electricity provider, don’t despair – you’ll still receive a minimum flat-rate feed-in tariff set by the Queensland Competition Authority.

Are you eligible for the solar rebate?

Aside from the feed-in tariff, the other incentive for investing in solar panels is the federal solar rebate, known as the Small-scale Technology Certificate (STC) scheme. It’s a point-of-sale discount off the cost of solar installation, based on the number of panels you’re getting installed.

Anyone can claim the rebate, even if you’ve already bought solar systems in the past, but there are restrictions on claims that you should take into account before you purchase your system.

To be eligible for the rebate, your system must be less than 100 kW in size; the panels and solar inverters must be approved for installation in Australia by the Clean Energy Council (CEC); and it must be installed by a CEC accredited professional.

If you’re not sure if your system has been approved and your installer has been accredited by the CEC, ask to see proof. Even outside of the rebate incentive, this is worth doing to make sure you’re getting a quality system installed by a qualified professional.

Be aware, too, that the rebate is being phased out – it’s set to be reduced by one-ninth of its current value every January until it’s removed entirely in 2031.

Is your roof suited for solar?

Okay, so you’re ready for solar – but is your roof?

Solar isn’t a one-size-fits-all proposition, and the effectiveness of your system will depend on things like the orientation and slope of your roof.

With one exception, the ideal angle to mount your panels is whatever angle your roof has been built at. The exception is flat roofs – in that case, you should mount them on tilt frames, so they can catch more rays and self-clean in the rain. If you mount your panels flat, rain won’t run off them, and you’ll either need to get up on the roof and clean them regularly or pay someone to do it for you.

Solar panels will also be more effective if your roof isn’t blocked by trees or shade from other buildings (not that we’re suggesting you should start cutting down your neighbours’ trees).

Talk to your solar retailer about the best placement for your panels. It’s important, because you’ll need to make sure the dimensions of the panels are right for the side of the roof that you plan to place them on.

Ultimately, unless you’re literally living under a rock, your roof will receive light, so you’ll still benefit from placing solar panels on it – just not as much as you would if it was perfectly positioned.

Should you buy a solar battery?

Claiming a feed-in tariff isn’t the only way to make use of the excess energy your solar panels produce. You could also invest in a solar storage system.

Since electricity usage rates tend to be much higher than feed-in tariffs, it makes sense to consider storing the excess electricity you produce for your own use later on. But batteries themselves are still relatively expensive, so unless you’re generating – and eventually consuming – an incredible amount of excess power, they aren’t quite at the point where they’re economically viable for most households.

A simple way to decide if solar storage is a smart purchase for you at this stage is to compare the price of a battery system to your average electricity bill. For the purpose of this exercise, let’s assume that you could replace most, if not all, of the power you’re currently paying an energy retailer for with energy stored by a battery.

How long would it take you to make back the cost of your battery in savings to your electricity bill? If it’s longer than the battery’s warranty period (usually 10 years for a lithium-ion battery), it’s hard to justify it, especially when you factor in the savings to your bill you could be making in the meantime with a generous feed-in tariff.

Lithium-ion batteries are getting cheaper all the time, however, so this may not be the case for long, and it could be worth revisiting this exercise over the next few years as solar battery systems become more common.

This is all assuming that buying a battery is purely an economic decision, which won’t be the case for everybody. If self-sufficiency and freedom from reliance on the electricity grid is more important to you than money, then you might decide it’s worth it to go all-in on solar and buy a battery now – even if it results in a hit to your wallet.

Looking for more ways to save on your power bill? Check out these seven ways to reduce your electricity use and lower your bills.