What are the different types of green power, and how do they reduce your environmental impact? 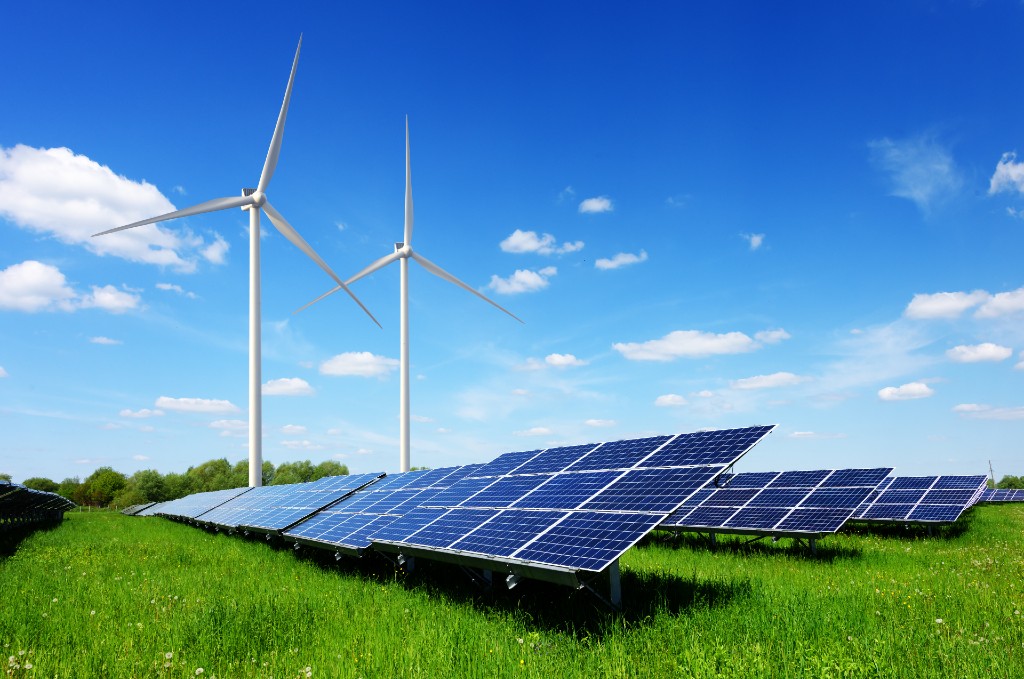 Today’s energy consumers are looking for more sustainable options, and most energy retailers are happy to oblige. Here’s a guide to your options for going green, and how they work to reduce the impact your household or business has on the environment.

According to the latest Lowy Institute Climate Poll, 60 per cent of Australians now agree that global warming is a serious and pressing problem, and we should begin taking steps to solve it now, even if that involves significant costs. Similarly, a majority of Australians (55 per cent) say the government’s main priority for energy policy should be reducing carbon emissions, and 78 per cent support setting a net zero emissions target for 2050.

It follows, then, that there’s significant interest in green energy – energy produced from clean, renewable sources.

There are a number of options on the market to satisfy that interest. Here’s how they work.

GreenPower is a government-accredited scheme that enables Australian businesses and households to support renewable energy generation.

It’s important to understand that this renewable energy isn’t used to power your home directly. You’ll continue to get your electricity from the grid, which is made up of a mix of generation sources, including fossil fuels. All of the generation in the National Electricity Market, renewable and non-renewable alike, feeds into the same grid, so there’s no way for you to know the exact origin of the energy that’s being used in your home at any given moment.

What you’re doing when you purchase GreenPower from your retailer, then, is ensuring that they offset your electricity usage by ensuring an equivalent amount of renewable energy enters the grid on your behalf. You can pay for 10 per cent GreenPower, or go all the way up to 100 per cent.

Your retailer offsets your usage by buying Large-Scale Generation Certificates (LGCs) from an approved renewable energy generator. LGCs are incentives intended to encourage investment in renewable energy generation as part of the Federal Government’s Renewable Energy Target policy, and can only be purchased from accredited wind, solar, hydro or biomass generators of more than 100kW in size.

As part of the accreditation process, the impact that generators have on the environment is considered holistically. For instance, biomass won’t be accredited if it’s generated from native rainforest, and hydro won’t be accredited if the construction of the plant required large-scale river diversions, even though these are ostensibly renewable energy sources.

One LGC is created for every megawatt hour of electricity an approved large scale system generates. So if your household uses 10MWh of power over the course of a year, and you opt for 100 per cent GreenPower, your retailer would be obliged to buy 10 LGCs on your behalf. But if you opt for, say, 20 per cent GreenPower, then your retailer would only need to buy two LGCs.

The cost and availability of GreenPower varies between retailers, but it generally adds between 5 to 10 cents per kilowatt hour to your bill. Opting for 100 per cent GreenPower can easily add hundreds of dollars to a household’s energy bill each year, so if your budget is already stretched thin, that probably won’t be feasible.

But if you still want to do your part, you can opt for a smaller percentage of GreenPower – it’s just a matter of talking to your energy retailer about your options. Depending on where you’re located, you could also consider switching to a retailer that provides a better GreenPower rate, or exploring one of the following sources of green energy.

Under a carbon neutral program, your retailer offsets an equivalent amount of the energy you use from the grid with emissions reduction certificates that support sustainability projects. So far, you might be thinking that this sounds very similar to GreenPower – and it is, but there are two key differences.

Firstly, energy companies don’t usually charge extra for carbon offsetting. There are exceptions to this rule (AGL, for instance, charge customers to opt in to their carbon offsetting program), but for the most part, retailers who offer carbon neutrality as a selling point bake the cost of purchasing carbon offset units into their usage and supply charges. In other words, you’re still paying for it, but not as a separate charge à la GreenPower.

Secondly, and most significantly, carbon offset units can be purchased from thousands of projects around the world, whereas the government-run GreenPower program is limited to purchasing LGCs from accredited renewable power generators in Australia.

This process can be controversial. Westpac, for instance, recently obtained carbon offset units for its emissions by building a biomass power plant to run a menthol factory in India – technically ticking the eligibility boxes, but not necessarily making a positive contribution to the planet.

On balance, GreenPower is more transparent, and likely to have more of a positive impact on Australia’s carbon emissions, than a carbon neutral program. But if GreenPower puts too much of a strain on your budget, then choosing a carbon neutral retailer is a less expensive way to make an effort.

Purchasing GreenPower or switching to a carbon neutral retailer provides no guarantee that the electricity coming into your home is generated by renewable energy sources, but there is a way to make sure your energy is green – taking it from your own rooftop solar panels.

Australia now has the highest penetration of rooftop solar panels in the world, and according to the Clean Energy Regulator’s latest Quarterly Carbon Market Report, the nation’s rooftop solar capacity has been growing by an average of 39 per cent each year since 2017.

In much the same way that GreenPower operates through the sale of LGCs, rooftop solar panel installations have been driven by STCs – Small-Scale Technology Certificates. STCs are issued for small-scale renewable energy generation installations under 100kW.

STCs are awarded up front, based on a system’s expected power generation from the date of its installation until 2030, when the offer ends. One STC is issued for each megawatt hour that’s expected to be generated. Effectively, this equates to a discount of thousands of dollars off the up-front cost of the system – you’ve probably heard this referred to as the solar rebate.

If you’re a large business, you could install a 100kW system (or larger) and be eligible to receive LGCs instead. As opposed to up-front STCs, LGCs are awarded on an ongoing basis, so your business will effectively receive a yearly rebate in the form of LGCs that can be sold or traded on the open market for every megawatt hour of energy your system produces.

To create these LGCs, your system will need to become an accredited power station. You can begin that process by becoming a registered person in the REC Registry.

As well as reducing your consumption of power from the electricity grid, and reducing your emissions in the process, households and businesses alike can actually add renewable energy to the grid by installing solar panels.

Your system will generate electricity when sunlight hits your panels during the daytime – but unless you have a battery, it can’t store that power for you to use later. Instead, any power you don’t use will be exported to the grid, earning you a credit on your power bill (called a feed-in tariff) for every kilowatt hour of electricity you feed into the grid.

This also means, however, that unless you have a solar battery, you’ll still be dependent on the grid for electricity when the sun isn’t shining. In that case, to truly ameliorate your impact, you’ll have to offset the power you receive from the grid, either via GreenPower or a carbon offsetting program, on top of installing solar panels.

For more on solar rebates, feed-in tariffs and solar batteries, check out our guide to the five things you should consider before you buy solar panels.

If you’re renting a property, you obviously won’t have the option of installing solar panels on the roof without the owner’s permission, so you’d be better served with a GreenPower or carbon offset program.

For businesses, Power Purchase Agreements – or PPAs – are an increasingly popular way to reduce emissions while getting a better deal on electricity prices.

This arrangement first gained traction internationally when Google, Amazon, Facebook and Apple entered into PPAs, and made news domestically when Telstra, Carlton & United Breweries, the University of New South Wales, the Sydney Opera House and the City of Adelaide signed similar agreements.

According to the Business Renewable Centre Australia’s (BRC-A’s) latest State of the Market report, 2020 was a record year for Corporate PPAs in Australia, with governments and businesses investing $2.4 billion and buying over 1,000MW of renewable energy. The BRC-A says the growth of renewable PPAs is “one of the major changes to the market for large-scale renewable energy”.

PPAs can also be signed by wind or solar farms and energy retailers, who then pass the generation onto their customers through retail agreements. This is called a retail-sleeved PPA.

‘On-site’ PPAs can also be signed. Under this arrangement, a generator will install solar panels on a business’ rooftop for free, and sell the business the energy generated by these panels at cheaper rates than they could get through a traditional retailer. The virtue of this arrangement is that it cuts out network costs, as the power doesn’t need to be transmitted from one place to another. At the end of the arrangement, ownership of the solar panels will often be passed to the business.

Ultimately, whether you’re a business owner looking to enter into a PPA or install a large-scale solar system, or a residential energy user looking to offset your emissions, there are a number of options available to help you go green. Now’s the time to talk to your energy retailer about what they can offer you, and do your part to preserve Australia’s natural environment for future generations.

The most efficient way of reducing your emissions is to simply use less energy in the first place. From replacing your lightbulbs to switching off your devices and buying smarter appliances, there are a variety of ways you can cut down your energy consumption – read our guide to reducing your electricity use for more information.