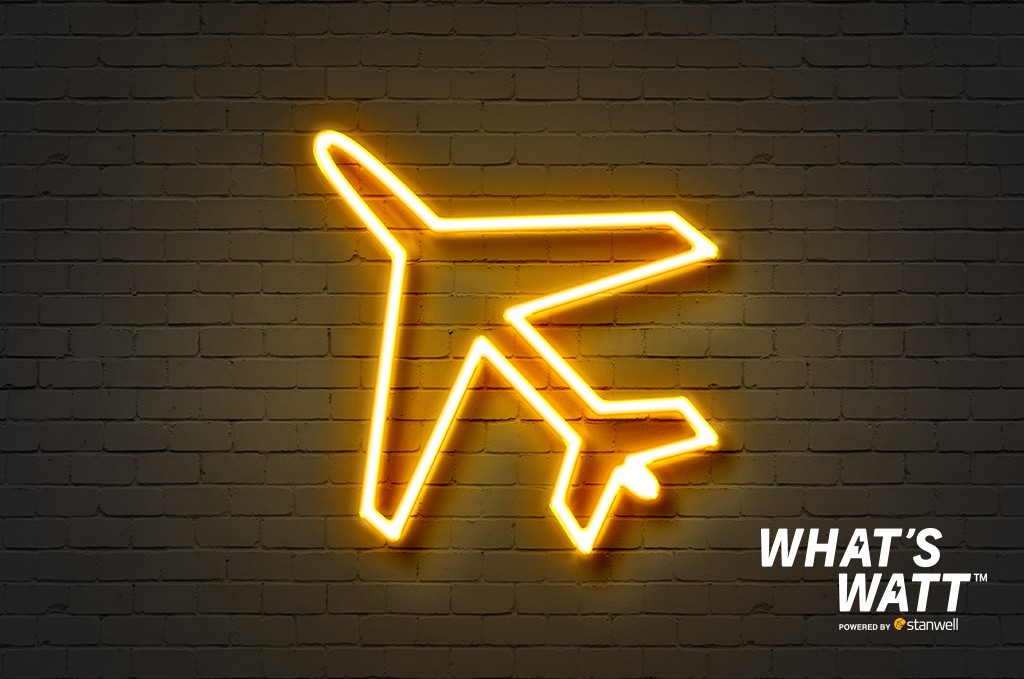 Electric vehicles are helping to cut emissions from the transport sector – but could the planes of the future be powered by electricity, too?

As lithium-ion batteries get cheaper and the distance that electric vehicles (EVs) can travel on a single charge increases, attention is turning to the other forms of transport that can be electrified and decarbonised – including planes.

According to the United Nations’ aviation body, the International Civil Aviation Organisation (ICAO), one Australian taking a round trip in economy class from Brisbane to London via Singapore is responsible for 1.51 tonnes of carbon dioxide emissions. That’s seven per cent of that person’s entire per capita emissions for a year. Splurge for a business class seat, and that percentage doubles, because you take up more space on the plane.

Before the coronavirus pandemic, aviation was responsible for about two per cent of the world’s carbon emissions, according to ICAO. Based on the projected growth in air travel before the pandemic, ICAO estimated this figure could triple by 2050.

Of course, you probably haven’t taken a trip from Brisbane to London recently, and the growth that ICAO projected has been temporarily slowed by COVID, which grounded passenger jets around the world. But with international borders re-opening, and airports gradually returning to a sense of normalcy, the spotlight will once again turn to aviation’s contribution to climate change.

The International Air Transport Authority (IATA), which represents the world’s major airlines, has pledged to reach net zero emissions by 2050 – which will require the mitigation of roughly 1.8 gigatons of carbon dioxide. While some of that will come in the form of carbon offsetting, the industry has also pledged to break its dependence on fossil fuels.

So, which fuel source will the industry turn to instead?

Size matters when it comes to electrification and aviation. While it is possible for small aircraft to be powered by electricity, it will be some time before larger passenger planes are powered by batteries – if it ever happens at all.

There are several all-electric and hybrid aircraft in development that are suited to short-haul commuter flights. Rolls-Royce and Italian aircraft manufacturer Tecnam, for instance, have teamed with Norwegian airline Widerøe to develop all-electric passenger aircraft that could start ferrying passengers as soon as 2026.

Norway’s mountainous topography makes it ideal for electric aircraft. The country has an extensive network of short take-off and landing airports to enable regional connectivity, and before the coronavirus, Widerøe offered around 400 flights per day between 44 domestic airports, with 74 per cent of flights covering a distance of less than 275 kilometres. The shortest flight duration is between seven and 15 minutes – perfect for electric aircraft that, for the foreseeable future, are only capable of travelling short distances.

The problem comes with aircraft that need to travel longer distances – whether that’s overseas, or across vast regions within countries like Australia. That’s because, at least for now, batteries are a poor substitute for the high-density energy storage properties of liquid fuel.

Jet fuel contains around 30 times more energy per kilogram than even the most advanced lithium-ion battery available. According to Duncan Walker, a Senior Lecturer in Applied Aerodynamics at Loughborough University, an Airbus A380 – the world’s largest passenger plane, capable of carrying 600 passengers 15,000 kilometres in a single flight – would only be capable of flying a little over 1,000 kilometres if it was powered by batteries.

Even if all the passengers and cargo were replaced with batteries, Walker calculates the plane’s range would still be less than 2,000 kilometres. To maintain its current range, the plane would require batteries weighing 30 times more than its current fuel intake, which would stop it from getting off the ground in the first place.

So, while aircraft have become much more fuel-efficient over the last few decades, leading to per-passenger emissions halving since 1990, there is simply no practical way to replace the jet-fuelled turbofan engines that power today’s long-haul airliners with electric motors that run on batteries.

Barring major breakthroughs in battery technology that exponentially increase their storage capacity (or decrease their weight), that’s not likely to change anytime soon. And even if those breakthroughs come, it will take time for the safety-conscious aviation industry to test the new batteries and start designing aircraft around them.

But that doesn’t mean it’s not possible for aircraft to run on more sustainable fuel – and there are other options making headway.

In lieu of electrification, the Australian Renewable Energy Agency (ARENA) expects biofuels to become significant contributors for industries like aviation that have a continuing need for high-density liquid fuels.

Biofuels are liquid fuels that offer a cleaner alternative to traditional, fossil-based fuels. They’re derived from organic and replenishable matter, collectively referred to as biomass. A flight that’s completely powered by sustainable fuel can reduce its carbon emissions by up to 80 per cent.

Biofuels currently account for a miniscule amount of fuel consumption in aviation, but there are signs this is changing.

Qantas announced last year that its flights from London to Australia will now use blended sustainable aviation fuel (SAF), which is derived from used cooking oil and other waste products, and then blended with traditional jet fuel. This was the first time an Australian airline committed to purchasing SAF on an ongoing basis.

More recently, Qantas followed this up by signing a deal to buy almost 20 million litres of blended SAF each year for flights from Los Angeles and San Francisco to Australia, starting in 2025.

Several international airlines, including Lufthansa, Cathay Pacific and United, have also made long-term commitments to biofuels.

Commercial airlines are currently allowed to blend up to 50 per cent biofuels with conventional jet fuel, but there’s a push for higher blends to be authorised by aviation authorities. Boeing, for example, has set a goal of delivering commercial airplanes capable of flying on 100 per cent biofuels by 2030, and Boeing CEO Dave Calhoun has said that biofuels are “the only answer between now and 2050” for reducing carbon emissions.

Renewable hydrogen could go a step further than biofuels and remove carbon emissions from the aviation industry altogether – but it’s unlikely to happen before 2050.

Hydrogen is the most abundant element in the universe, but it doesn’t occur naturally in its pure form here on Earth. Instead, it has to be separated from other elements. Traditionally, this has been achieved using fossil fuels, but when hydrogen is produced using renewable energy sources, it can be a clean, zero-carbon fuel.

Renewable hydrogen is produced using a process known as electrolysis. A device called an electrolyser, powered by solar or wind energy, passes a strong electrical current through purified water, splitting the molecules into their constituent elements – oxygen and hydrogen.

And while hydrogen is very light – 14 times lighter than air, in fact – its energy density is relatively poor by volume. An industry-wide switch to renewable hydrogen would require new planes to be designed that are able to carry enough hydrogen to provide fuel for longer flights.

This is not unrealistic – Airbus has released concepts for aircraft that can be fuelled by either liquid or gas hydrogen, and will decide which of the concepts to put into production by 2025. The company claims the planes could be in service by 2035.

Even once the planes are available, however, and even if the wider industry embraces them, it will take time – decades, even – for planes running on conventional jet fuel to be phased out. The average commercial aeroplane can remain in service for more than 20 years, and airlines are unlikely to do away with their current models before they need to.

These new planes would also need somewhere to refuel, which would require airports to put hydrogen-fuelling infrastructure in place before you could even start thinking about booking your ticket.

So, while renewable hydrogen may ultimately represent the future of aviation, and all-electric aircraft may become commonplace on shorter routes, its biofuels that will give the aviation industry its best chance at reaching net zero emissions by 2050.

By making the switch to sustainable fuels, the aviation industry can look forward to a future of clear blue skies – and greener pastures.